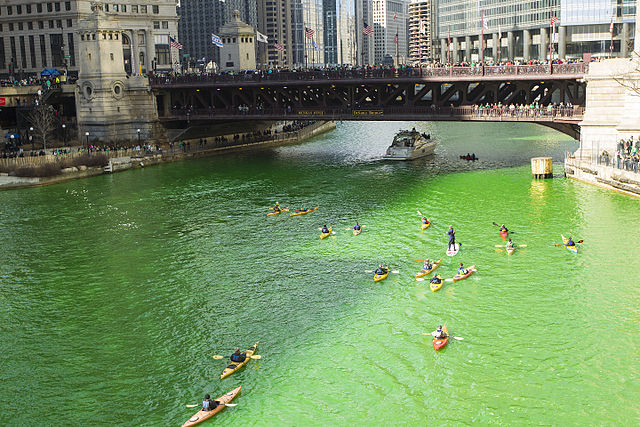 Even though schools are closed for many, there is no reason not to celebrate St. Patrick's Day with your families!

You can wear green, bake cupcakes with green frosting, spend time gardening, or go for a short walk in nature.

But, who was St. Patrick and why do we celebrate him on March 17?

St. Patrick’s Day is celebrated each year to honor the death anniversary of the patron saint of Ireland.

St. Patrick was born into a Roman family in Britain in the 4th century AD. After being kidnapped from his home by Irish raiders at age 16, he was taken to Ireland and forced into slavery.

He spent the next six years of his life in captivity as a herdsman. After escaping from his captives, he got on a ship back to Britain. The entire experience had changed him. Back home, the young man had a vivid dream where he was called to return to Ireland and spread the Christian faith. Ireland, at the time, had a pagan religion -- which meant people worshipped nature.

After completing his religious studies, St. Patrick returned to Ireland. Even though he faced a harsh welcome, St. Patrick knew the customs and beliefs of the Irish and integrated them into his teachings. He was the most successful Christian missionary and succeeded in establishing churches and monasteries of learning throughout the island.

St. Patrick's Day is of religious significance to the Irish who attend church in the morning and celebrate with family and friends in the afternoon.

However, after Irish immigrants made their way to the U.S, the celebrations got grander. The first known parade was held in Boston in 1737. Today, Irish and non-Irish Americans get into the spirit by dressing in green, attending themed parties with green-colored food items, and participating in parades. The tradition of dying rivers green began in Chicago in 1962 and still occurs to date.

How are you celebrating St. Patrick's Day at home with your family this year?