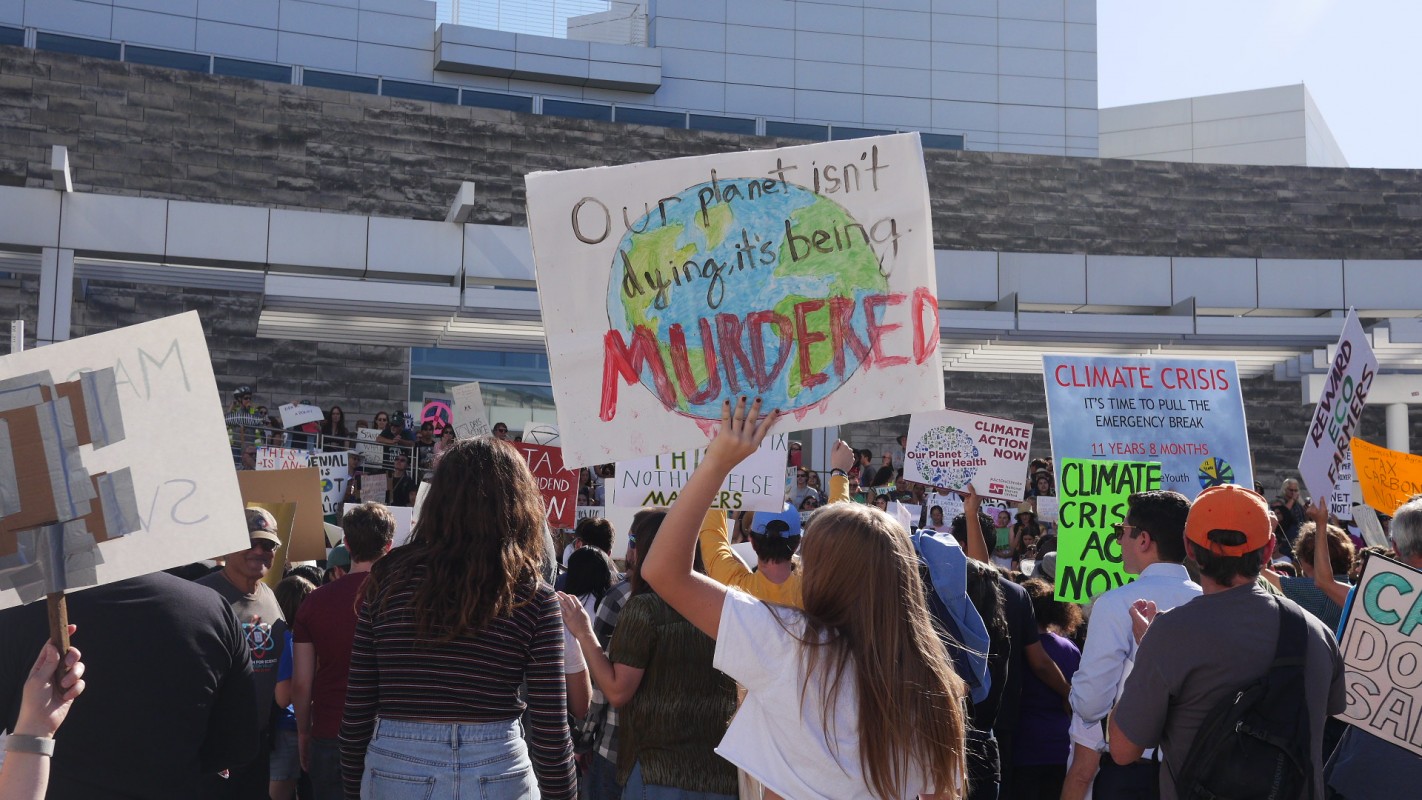 On Friday, September 20th, I joined over 4 million protestors from around the world at the Global Climate Strike.

Inspired by Greta Thunberg, people took to the streets to demand that the government take action on climate change. While climate change remains a huge problem, I felt proud to be surrounded by such an active group of citizens.

I attended the strike at the San Jose City Hall and interviewed several student and adult activists about their opinions. Many of them held posters with powerful statements such as “Stop Stealing Kids’ Futures” and “The Climate Is Changing. Why Aren’t We?”

I saw young elementary school children, elders, and everyone in between, actively participating in the rally. It was reassuring to see that everyone at the strike, regardless of age, recognized the importance of combating climate change. 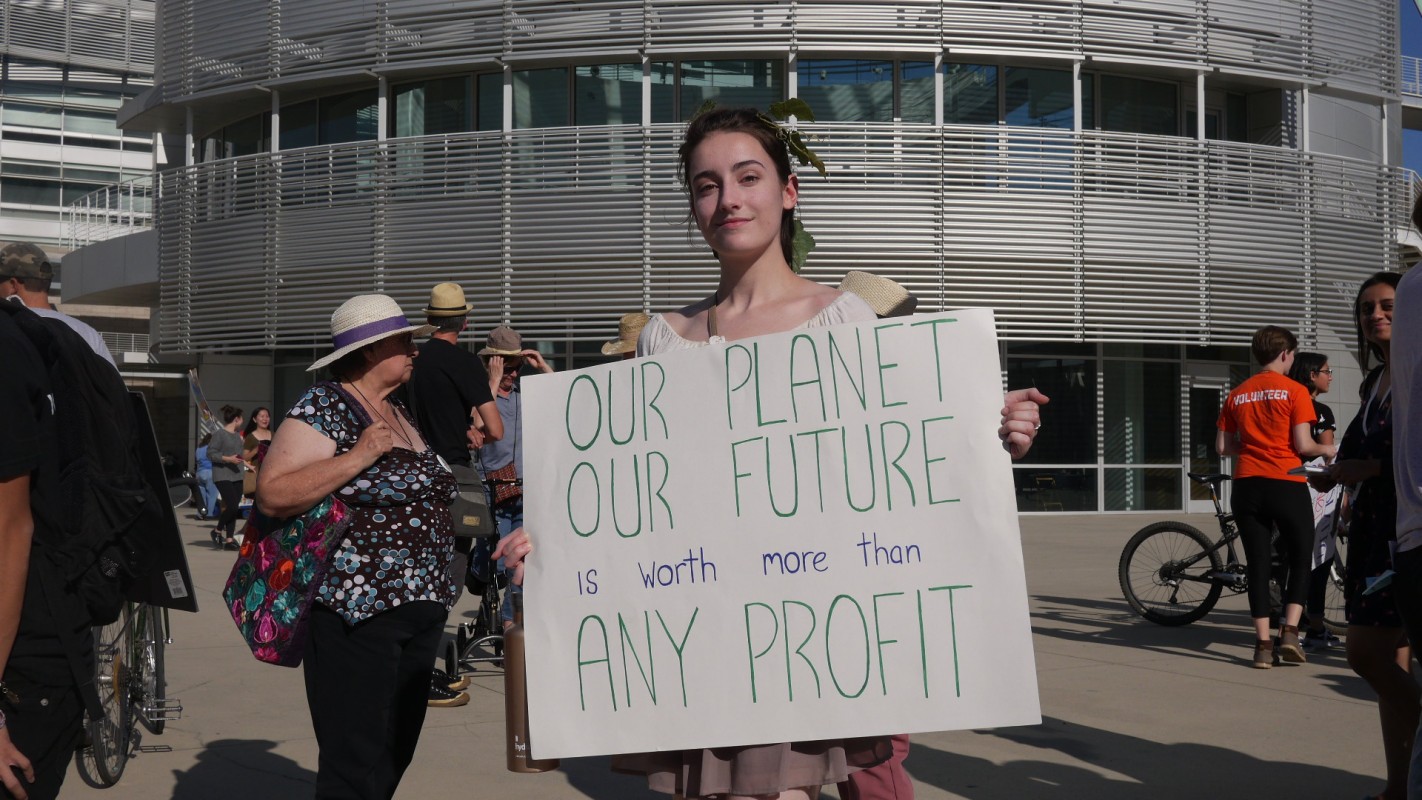 Two women I interviewed were from Lush Cosmetics, a company that consciously works to reduce its impact on the environment and fights against animal testing. They explained that their company’s values inspired them to attend the strike, and they urged other businesses and policymakers to “Choose the planet over profit.” One local high school student remarked, “I think it’s really important to make our voices heard as a youth since this is our future.”

When I asked people about the most disturbing aspects of climate change, I received a wide range of responses. Some said that deforestation scared them the most, while others were concerned about wildfires, ocean pollution, and the increase in global temperatures. One student’s response that I strongly agree with was that it’s important to be concerned with all the repercussions (negative consequences) of climate change because they are ultimately interlinked. 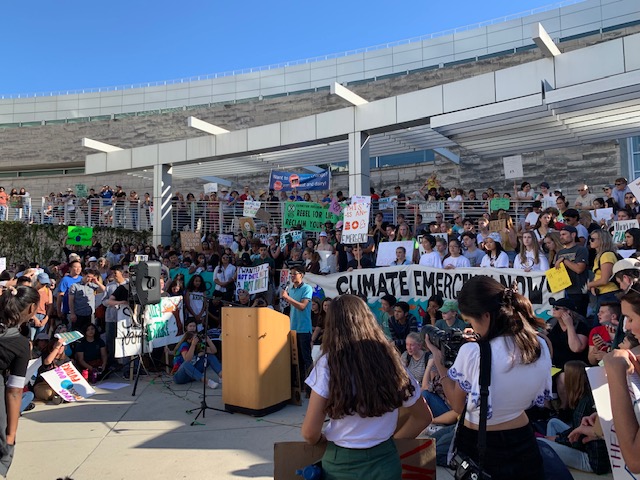 Many protestors gave me advice on how people can take small steps in their personal lives to lead a sustainable lifestyle. Some suggested minimizing plastic use, eating less meat, using public transportation or green commute, planting more trees, and just being more conscious of our carbon footprint.

For a long time, I’ve thought about how climate change isn’t related to politics; however, at this point, it is an issue of humanity’s survival. This should concern everyone, regardless of age, political party, or beliefs.

As citizens who are, for the most part, below the voting age, we can feel powerless as we watch climate change harm countries on a global scale. However, events like these are a reminder that in a democracy, everyone has a voice -- even those under 18.

More importantly, these strikes should firmly remind policymakers that as elected representatives, they represent the voices of current and future citizens.

Are you concerned about climate change? If so, what aspect of it worries you the most?