A Long Road For Legal Immigrants 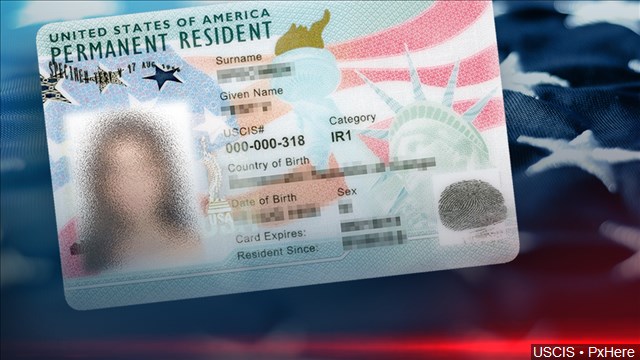 For centuries, America has been a land of immigrants and has held open arms to the huddled masses of the tired, the poor and those yearning for an opportunity.

From the horrid conditions at migrant detention centers to inhumane parent-child separations, the setbacks and challenges that undocumented immigrants face are well-known.

What is less discussed, however, are the issues that affect legal immigrants.

We do not intend to invalidate the very real struggles that Dreamers and undocumented immigrants face, or to say that we “have it worse” in any way. We just want to shed light on the problems that first-generation legal immigrants like us face, without getting into details about the system which is rife with issues itself.

Green Card Quotas: Are They Fair?

Simply put, there is currently a discriminatory green card distribution system. According to U.S. Code 1153, employment-based green cards can only be granted to 7% of immigrants from every country, regardless of population.

Although this sounds fair in theory, it is far from fair in practice. According to The Hill reporter David Bier, this quota favors small countries over large countries -- it is much easier for immigrants from countries like Nepal to receive green cards, compared to the four non-European nations who apply for the largest percentages of green cards: the Philippines, India, China, and Mexico.

According to Bier,  those who applied for green cards in 2018 stand behind nearly five million people waiting in the applicant backlog. Wait times are impossibly long for these immigrants, with about 675,000 would-be legal immigrants predicted to pass away before even seeing a green card if they refused to give up and stayed in the line indefinitely. It will take decades and, in some cases, a half-century or more to process everyone currently waiting.

Instead, immigrants who have the merit and “high-level skill set” or education to successfully contribute to the American economy would be favored. This bill will not increase the number of immigrants that our country can let in; it just means that the process for legal immigration will be much more efficient.

This bill has passed the House with an overwhelming bipartisan majority but is waiting for the Senate to pass it too. Its companion bill, S.386, in the Senate was introduced by Sen. Mike Lee (R ) and Sen. Kamala Harris (D) and has over 35 co-sponsors. However, it is being blocked by Sen. Dick Durban (D) from Illinois, who argues that the passing of this bill will disadvantage countries with lower populations and that countries like India will hold a disproportionate amount of green cards in the future.

Yet the reality of the situation is that the companies looking to hire high skilled workers have a better chance of finding such people in countries with larger populations. These immigrants are left with no option but to wait for decades for their green cards under the 7% quota placed for employment-based green cards.

But again, immigration and the pain associated with it isn’t a competition. The current legal immigration system in our country is broken — passing bills like these will bring about change in a positive direction. No matter what your stance is, we urge you, all of you who can vote and have the ability to slowly push the needle of progress, to research the politicians and representatives who support true and real comprehensive immigration reform. Immigration reform that addresses all immigrants.

The next two sections are our personal stories; they shed light on what the US means to us and the hard choices that we have and will continue to face.

Lakshanyaa Ganesh and Oishee Nath are high school seniors who came to the U.S with their parents who arrived on a work visa. The U.S is their home and they aspire to settle down and give back to a country that has given them opportunities.