Norway: The Happiest Country On Earth! 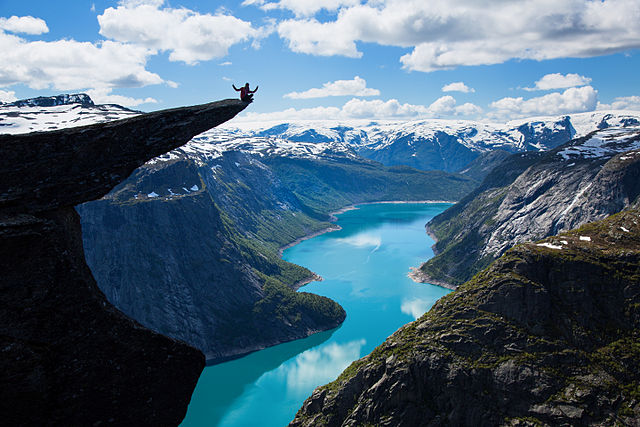 Each year, a survey is taken in 155 countries around the world, ranking each country by how happy their citizens are.

The results are then compiled into a World Happiness Report and released internationally. This year, the results were released in the United Nations on the International Day of Happiness, which took place on March 20th, 2017.

Norway topped the list, followed by Denmark, Switzerland, and Iceland. Among the lowest were the Central African Republic and Tanzania.

So, what makes a country happy? It’s not just the amount of wealth a country has. It includes the well-being of citizens, both on a personal level as well as the society as a whole.

Some criteria are more obvious such as gross domestic product per person (average income per person), corruption in society, and life expectancy. However, factors such as social support (relationships between citizens), freedom to make choices, and generosity are also taken into account.

Though both the United States and China have grown economically since 2016, the US has dropped by one to 14th place, and China still remains at the lower end of the scale at 79th place. The reason for the drop in the US has to do with social factors, increasing inequality among its citizens, and corruption.

In China, while the younger generation has opportunities, the older generation has not seen much difference from the 1990s. In fact, under communism, many of their basic needs like housing, health, and employment were taken care of -- and now China's citizens are seeing inequality rise.

So what’s the reason Norway made it to the top? This Scandinavian country bordering Sweden and Finland, is blessed with an absolutely stunning scenery - wild forests, steep mountains that descend to the sea, ragged coastlines carved out by glaciers (known as fjords), and spectacular northern lights. Aptly known as "land of the midnight sun", its cities that lie above the Arctic circle see sunlight even at midnight!

Norway is called a welfare state because the governments' primary consideration is the welfare of its citizens. It is considered one of the most equal countries in the world, along with being very welcoming to refugees. One of Norway's goals is to close the gender gap in the jobs available. Men are allowed paternity leave and time to be with their children and to balance career and family time. Norwegians are optimistic and appreciate the little things in life.