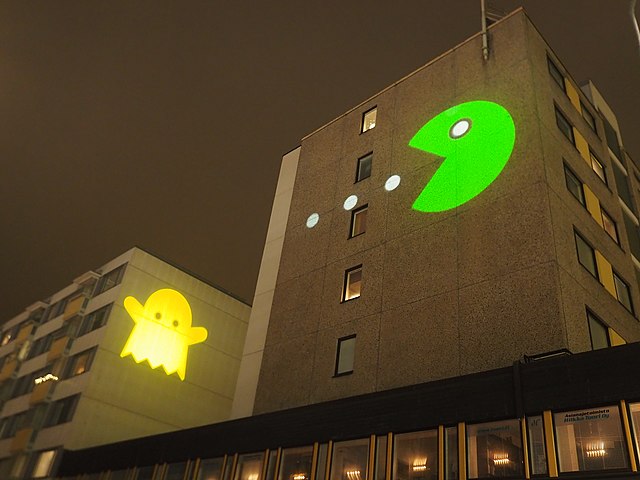 Have you ever wondered about the history of the well-known video game, Pac-Man? Well, it all started with pizza.

Pac-Man’s 40th anniversary was recently celebrated on May 22. It’s unbelievable to think about how 40 years later, this maze-inspired arcade game is still so popular.

Back in the 1970s, the creator of Pac-Man, Toru Iwatani, wanted to create a game that was different from all the other games that focused on violence, aggression, and shooting. Iwatani noticed that it was mainly boys who played at arcades during his days, and he had hoped to make the gaming environment a comfortable setting for girls as well.

One day, when Iwatani was grabbing a slice of pizza, he noticed the unique shape that was formed, and that shape is now what we see as Pac-Man. The game was first released in Japan in 1980 with the name “PuckMan”, but as it was later introduced in the United States in October of that year, distributors changed the name to “Pac-Man”.

How Is Pac-Man Played?

Pac-Man was created with simplicity on purpose and requires a minimal number of buttons and controls to play. The objective of the game is to get Pac-Man, the yellow character, to move around the screen and collect lines of dots, called Pac-Dots, while simultaneously avoiding being killed by four ghosts.

Each ghost in the game has their own behavior: Blinky, the red ghost, has the role of continuously chasing Pac-Man. Clyde, the orange ghost, will chase Pac-Man in a similar manner as Blinky. But once Clyde gets close to Pac-Man, it will wander off and leave Pac-Man alone. Pinky, the pink ghost, is supposed to surround and ambush Pac-Man. Lastly, Inky, the blue ghost, is unpredictable as it could either randomly start chasing or ambushing Pac-Man.

Though the game may not sound very hard at first sight, it actually took 20 years for the first person -- a man named Billy Mitchell, to finish the game with a perfect score. To achieve this, Mitchell sat in front of the game for six hours straight!

Everyone who entered an arcade to play Pac-Man felt welcomed and comfortable with playing. In addition, Pac-Man has no assigned gender and the game was designed using abstract and vibrant colors. This inspired other video game creators to explore different types of designs, visuals, and characters.

There’s no doubt that Pac-Man changed the video game community vastly. Since its creation in 1980, the game has turned into one of the best-selling franchises out there with a number of sequels, spin-offs, and remakes. For its 40th anniversary, Pac-Man will be appearing in Minecraft as you can see in the video below!