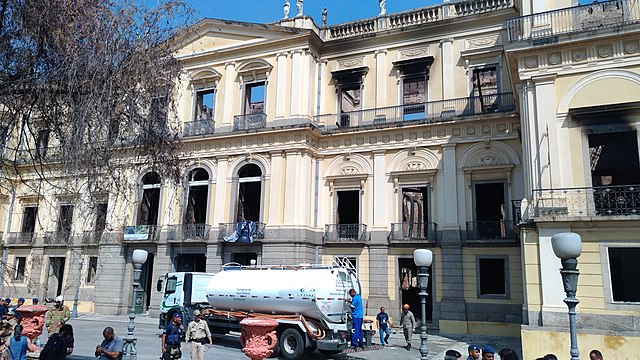 A recent catastrophe showed that what man has spent centuries building can be destroyed within hours by nature.

The National Museum of Brazil went down in a sea of flames late at night on September 2, creating an inferno that destroyed about 18 million artifacts and caved out the historic building which was once a palace.

The Brazilian Minister of Culture has labeled a short circuit or a paper hot-air balloon that might have landed on the museum’s roof as possible causes of the blaze. The 200-year old museum was almost completely consumed by flames and only a few thousand artifacts were rescued, in comparison to the millions that are lost forever.

The Role of Museums

Museums play a very important role in our society and are indispensable to many areas of learning, like history, science, and mathematics. History museums, specifically, store important artifacts and traces of human life in earlier periods of time, which help historians decipher how humans have evolved and teach us about past cultures.

Since the 3rd century B.C., when Ptolemy I Soter founded the Museum at Alexandria in Egypt, museums have been a vital part of history. Later, in the 15th century, some of the most extravagant museums flourished under Lorenzo de Medici’s rule in Florence. The word museum did not refer to a building at this time, but to a collection of artifacts that reflected culture and heritage.

Through the next several centuries, museums transitioned into more public-friendly spaces that housed a more diverse range of items relating to various subjects. With the founding of the British Museum in the 18th century, the word 'museum' was used synonymously with a building.

Museums rely on care and conservation efforts from larger organizations. Specifically, national museums typically have the funding from their respective governments to protect them from a number of hazards, fire being one of the major threats. In this case, Brazil’s National Museum lacked a fire suppression system and a proper structure because of poor funding.

The Impact of The Fire 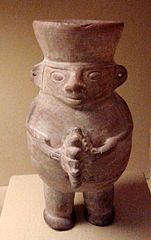 It was a heavy blow to Brazilian society when this tragic event occurred as it marked the loss of countless priceless antiquities.

These artifacts included one of the oldest examples of human remains in the Americas known as Luzia, specimens from the entomology exhibits, and multiple Egyptian relics. More importantly, a significant part of Brazil's indigenous heritage was lost which included items belonging to 100 ethnic groups, pieces gathered from Amazonian tribes, and notes and journals left behind by a German ethnologist who documented the lives, languages and cultures of these remote tribes.

The entire country has been affected by this tragic event, and many museum curators have expressed their shock and sympathies for Brazil. This event is a wake-up call for governments and museums all around the world. The Brazilian government has pledged $5 million to start the rebuilding of the museum, but unfortunately, the artifacts lost are irreplaceable.