Why Is The Scream Fading? 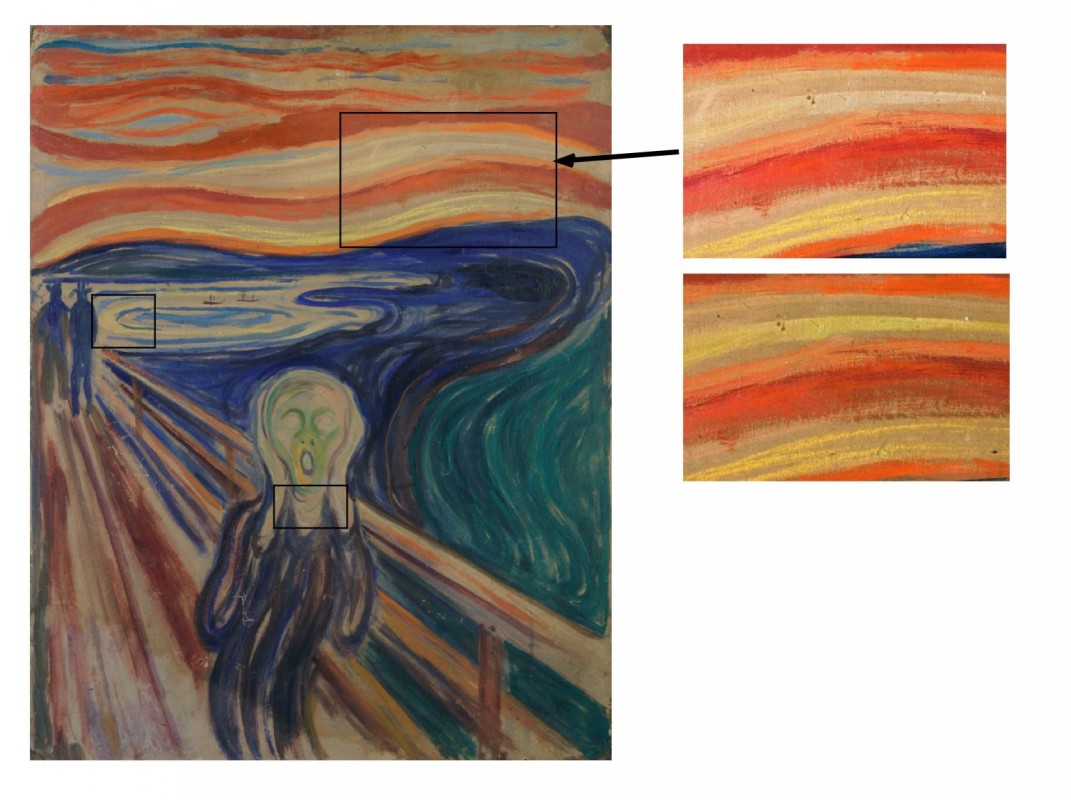 "I was walking down the road with two friends when the sun set; suddenly, the sky turned as red as blood. I stopped and leaned against the fence, feeling unspeakably tired. Tongues of fire and blood stretched over the bluish black fjord. My friends went on walking, while I lagged behind, shivering with fear. Then I heard the enormous, infinite scream of nature."

These words by Edvard Munch, a Norwegian painter, explain what led him to create his famous painting -- The Scream.

Scientists have been using X-rays, laser beams, and electron microscopes to understand why the orange-yellow skies of the painting are now turning a bright white. They finally have an answer.

Let's look at the artist behind this creation, and what scientists are discovering.

The Art Of Expressionism

Edvard Munch, like so many other famous artists of his time, struggled with depression and insanity that had roots in his childhood.

He lost his mother to tuberculosis at the tender age of five, and his favorite sister Sophie at age thirteen. Edvard himself was often ill and his family lived in near poverty. Edvard's father was a deeply religious military doctor who was kind to his children -- but his religious fervor and constant references to ghosts and angels created an environment of fear, sorrow, and death in the home. According to Munch, these ghostly images haunted him for the rest of his life.

Munch's early works of art were influenced by styles such as Naturalism -- showing real objects in a real setting and painted in a studio, and Impressionism -- paintings done outdoors showing the play of light, color, and motion. He soon found these styles very restrictive as they did not evoke deep emotion or energy.

Munch's painting 'The Sick Child' was a reflection of the sadness he felt on the passing away of Sophie. However, it was 'The Scream' that put Munch firmly on the map and started a style of painting known as 'Expressionism' -- one where the artist expresses his (or her) personality, feelings, and emotions through images and choice of colors. The images are often distorted or exaggerated to get the desired emotional effect.

Why Is The Painting Fading?

Jennifer Mass from the Scientific Analysis of Fine Art lab in Harlem has been spearheading the research on the painting. Her team discovered tiny crystals of stalagmites forming on the surface.

After analyzing 1,400 paint tubes used by the artist himself and preserved at the Munch Museum in Oslo, Norway, Mass and her team found the culprit.

Munch had used cadmium yellow in his painting. When exposed to air, Cadmium combines chemically with oxygen to form two white compounds - cadmium sulfate and cadmium carbonate. It is exactly these components that are becoming more visible in the painting, giving it the white highlights.

Scientists do not think they will be able to restore the painting to its original condition, but they do plan to reconstruct it digitally. Let us see how they use technology to turn back time!

Why do you think this painting of a tortured soul has become such an iconic image? Share your thoughts.