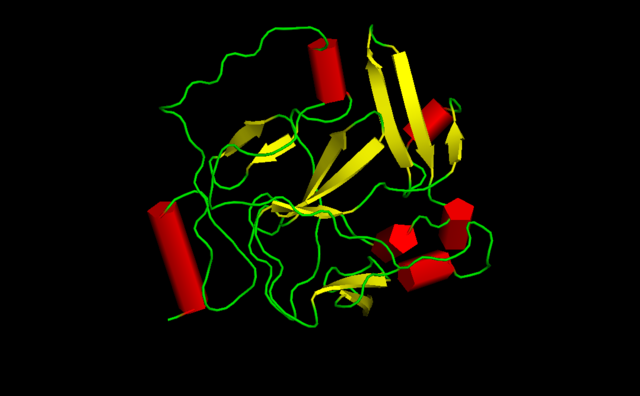 Over the past 50 years, scientists have been attempting to decipher one of the most pressing issues in biology -- understanding how proteins fold.

Now, thanks to artificial intelligence, a groundbreaking solution may have been discovered.

Recently, Google's DeepMind, a leader in AI, demonstrated their project AlphaFold which won first place in a contest that encourages teams to accurately predict protein structures.

Let us find out why protein folding is important and how understanding it can help save lives.

Proteins are one of the main building blocks of life — they help us maintain our health and fuel our bodies with energy.

Each protein is made up of one-dimensional strings of amino acids, and the folding process occurs when the chains fold into a three-dimensional shape to create an active protein.

Protein folding is important as the structure of the protein determines its function. However, issues may arise during the folding process as proteins can become unfolded or misfolded, resulting in diseases and life-threatening conditions, such as Parkinson’s disease, Alzheimer’s disease, and more.

Being able to predict a protein’s shape is incredibly important. It will allow scientists to develop the right medicines and drug molecules that can bind to the protein and possibly fix, or alleviate the consequences. Fixing damaged proteins is the key to solving a wide variety of diseases.

How Does AlphaFold Work?

Google's DeepMind made waves in 2017 when it became the first computer program to defeat human experts in the Chinese game of Go.

DeepMind takes inspiration from the human brain and its pattern-matching abilities, known as neural networks. To train the algorithm, scientists feed it several amino acid chains and the final protein structure. The machine gradually learns by observing the patterns, until it is ready to start making predictions.

How quick is AlphaFold? Andrei Lupas, an evolutionary biologist in Germany, had been trying to decipher a protein structure for a decade. AlphaFold solved the problem in just thirty minutes!

There are some who question AlphaFold's abilities, claiming that the algorithm may not work as well in real-life settings where amino acid strings are more complex.

But despite the skepticism, DeepMind’s achievement is definitely a milestone in biology. Not only is DeepMind in the process of applying this to the current COVID-19 pandemic and what proteins are affected, but future pandemics and viruses could also be combated with ease!

A Blood Test For Alzheimer's (4)