Apollo 13: Launch To A Rescue Mission 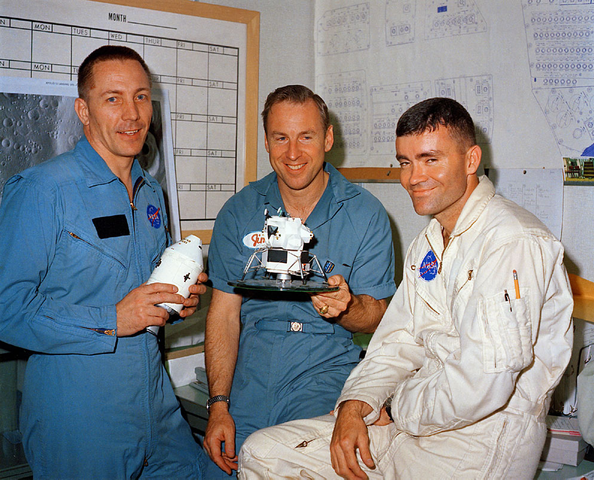 Days later, on April 13, an oxygen tank burst. This was meant to be a simple, procedural task, but instead, it turned into an intense rescue mission.

Neil Armstrong and Buzz Aldrin, aboard Apollo 11, became the first men to step onto the moon.

The goal of Apollo 13, NASA's third moon landing mission, was to land near the Fra Mauro crater to sample and survey materials. Through an analysis, scientists hoped to learn more about the moon and Earth’s past. 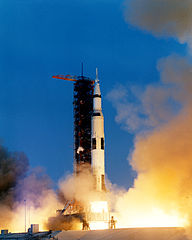 All seemed well until a routine check on the oxygen tanks caused one to explode. Pressure in the tanks dropped rapidly, as Lovell watched the oxygen tanks disappear into space. The explosion also destroyed fuel cells which powered the spacecraft.

Flight director Gene Kranz and his NASA engineers on Earth scrambled to figure out how to bring the astronauts home safely. Lovell, Haise, and Swigert were lucky--they had just enough power and had escaped being trapped on the moon or in its orbit. The plan was to slingshot around the moon, traveling a risky 200,000 miles without the fuel or oxygen levels they anticipated on having.

To conserve energy, the men were told to shut off the Odyssey, the command module, and to squeeze into the Aquarius together. The Aquarius was the lunar lander for the original mission, but for the rescue operation, it was a lifeboat.

However, with every breath, carbon dioxide filled the Aquarius. If not removed, it would kill the men in space. The purifiers from the Odyssey needed to be connected to the Aquarius, but the square-pegs had no way of fitting into the new capsule’s circular holes. Houston engineers devised a do-it-yourself solution using random supplies aboard, such as duct tape.

For the next few days, the three men sat in the very cold container, conserving their energy and water, taking pictures, and hoping they would make it to safety.

The most dangerous part of the return was breaking into Earth’s atmosphere. It would be hot and communication could easily blackout. The spacecraft had enough power to start the Odyssey. As it entered Earth on April 17, rain fell inside the capsule.

Communications didn’t reconnect as expected. For 90 eerie seconds, there was nothing. Operators grew worried. The millions of people at home, watching on television, held their breaths. Then three parachutes burst open.

After pulling the three astronauts out of the Pacific Ocean, NASA investigated the cause of the disaster. It led to improvements such as separate and improved cryo oxygen tanks, batteries in the lunar lander, and water storage bags in the command module.

Apollo 13 is a flight remembered because it failed. It is a story of rapid resilience, problem-solving, and courage. This became a framework for all the scientific innovations to come.

The Final Lunar Descent: Why Is It Risky? (0)