Every year on March 8, the world celebrates International Women’s Day (IWD). March is also Women's History Month in the U.S.

This year’s theme for IWD is #ChooseToChallenge, a call to create an inclusive world. The day and month are meant to celebrate the accomplishments of women pioneers, many of whom are left out of our history textbooks.

How many of you knew that the first computer programmer was a woman? Let's take a closer look at the role of women in computing.

The Rise of Women In Computing

During World War II, many women served as code breakers who used computational machines to decode enemy and allied secret messages during the war. 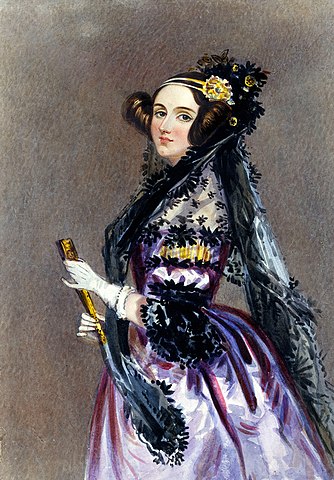 After the war, one in four programmers were women. During the 1960s and 1970s, many women worked as programmers to code new technology such as compilers and medical analyzers.

In fact, the public expected women to become programmers; they believed that women had a natural talent for coding and mapping out the complex algorithms used. Some notable female computer pioneers include:

What Led To The Decline? 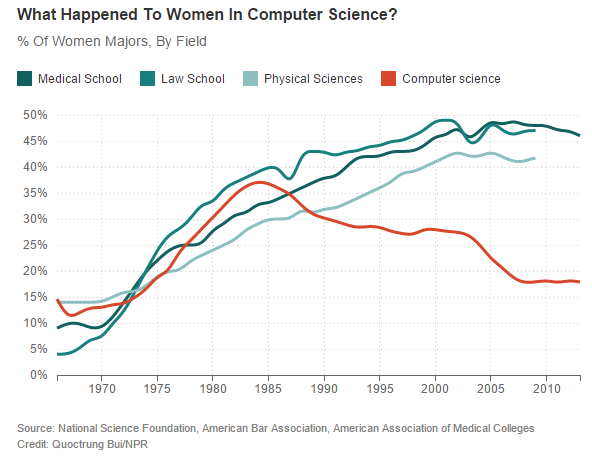 During the late 1980s, the number of women who graduated with a degree in computer sciences decreased significantly, from 37.1% to 17.6%.

This sudden decline occurred because of the rise of personal computers at home. This was commonly used by fathers to teach their sons how to code, giving them a head start in programming college courses. Movies also portrayed programmers as young white men.

Additionally, men mocked women who took computer classes, complained that girls were less talented than boys in computing, and ignored women during discussions. These factors led to a steep decline of women in computing.

However, recently, there has been an increase in women in computing. Colleges have changed their admissions process and their courses to be more friendly for women who lack prior knowledge of coding. Furthermore, many female leaders are hosting events to encourage and introduce more women to programming.

This month, let’s celebrate these bold women who paved the way for so many fascinating technological inventions. Let’s also #ChooseToChallenge. When we challenge the stereotypes in society and speak out against the inequality against women, we inspire and drive change--a change that will shape the world into a better place, not only for women in computing but for all women in the world.

A Special Day To Celebrate Women (8)