Japan Lands A Rover On An Asteroid 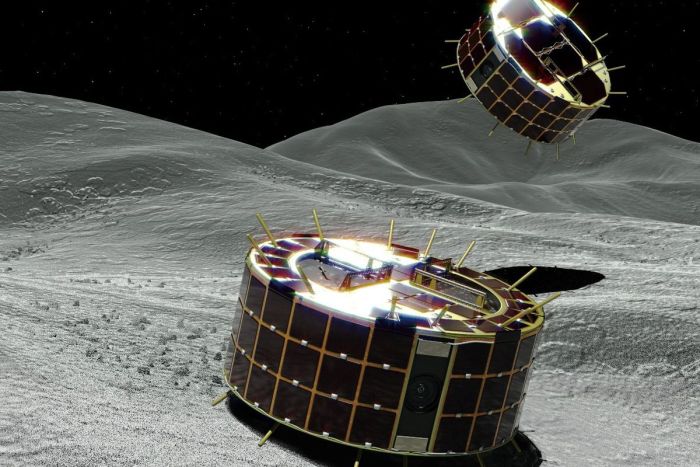 Cheers went up at the Japan Space Agency (JAXA) and all around the world as news broke that the unmanned spacecraft, Hayabusa-2, dropped two rovers on the surface of fast-moving asteroid.

The asteroid, known as Ryugu, was first spotted in a close proximity by the spacecraft in June. The two space rovers were dropped by Hayabusa-2 at a 55m range, about 300 million km from Earth.

On September 22, JAXA confirmed that the rovers had indeed safely landed and were in prime condition to collect data. The space agency has already received multiple stunning photos of the asteroid.

Asteroids are the rocky leftovers from the creation of our solar system, which occurred about 4.6 billion years ago. These celestial bodies are known as ‘minor planets’ because they directly orbit the sun, but are not considered planets or comets.

They are usually found in the Asteroid Belt, which is located between Mars and Jupiter, along with countless other floating debris. However, a few zip through our solar system -- sometimes too close to Earth for comfort. These are known as Near-Earth asteroids. The smaller ones that enter our Earth's atmosphere are known as meteorites.

Did you know that the largest asteroid is 329 miles in diameter? Coming in many different sizes, asteroids are generally deformed with many faults and craters, but few, almost-spherical asteroids exist. Some have smaller moons that revolve around the sun with them.

Although they are commonly confused, asteroids and comets are entirely different. Asteroids are mainly composed of metals and rock, whereas the latter is mostly made up of ice, dust, and rock. Asteroids formed closer to the sun, where its ice was susceptible to melting, while comets formed farther from the sun, and its ice stayed intact.

The landing of the rovers on Ryugu Asteroid is a huge step for mankind.

The two cylindrical Minerva-II1 rovers will use motors to provide momentum for them to hop across the low-gravity surface of Ryugu. This will make it easy for the rover to not get stuck on the rocky surface. They will mainly collect samples for examination, and will be transported on Hayabusa-2. They will be joined by MASCOT, another lander, in October, whose main task will be to analyze the geology, temperature, and magnetic field of the asteroid.

The goal of the mission is to collect samples from both the surface of the asteroid, and from deep below the surface, which the cosmic environment left untouched. To complete this task, Hayabusa-2 will set off an explosive device, which will create a crater and retrieve a 100 milligram sample. With these samples, scientists hope to gain more insight into the far reaches of our solar system.