A Robot With A Gentle Touch 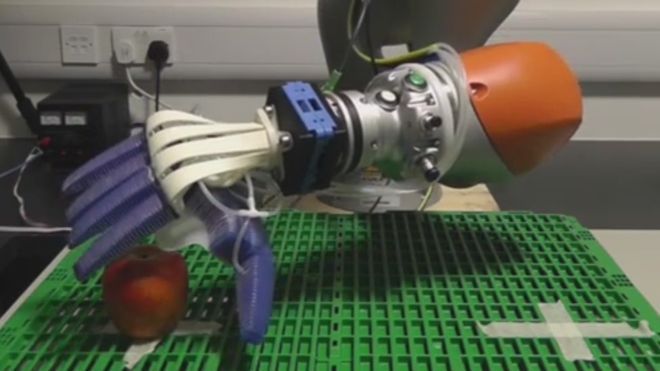 An online supermarket company-- Ocado in the UK, has recently displayed a robotic hand that can pick fruits and vegetables!

The company has a warehouse in Andover, Hampshire, where robots pick up crates and deliver them to a team of people who select the fruits and vegetables. But in the future, Ocado plans to make bagging groceries entirely the robots’ responsibility.

The robotic hand is part of a five-year research program called SoMa meaning soft manipulation, which was funded by the European Union. The program involved five European universities and Disney working together, to try and develop the sense of touch in robots in a way that they could differentiate between hard and soft objects.

The Sense Of Touch 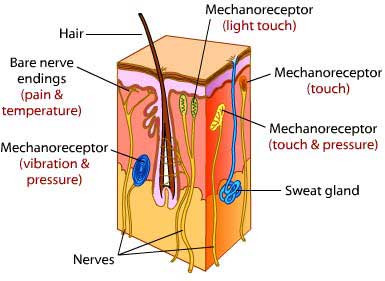 When an embryo is in the womb, the very first sense it develops is touch. The sense of touch or the tactile sense is also the one that lasts the longest. As we get older and our vision and hearing begin to weaken, touch still remains. Humans use their touch to protect themselves, to create emotional bonds with other people, and to experience pleasure. Can you imagine life without it?

The sense of touch comes from a network of nerve endings and special touch receptors on the surface of the skin. While there are different kinds of touch receptors, mechano-receptors help us perceive pressure, texture, and vibrations. These extremely sensitive receptors are located in our fingertips, palms, soles of our feet, face, lips, and tongue.

When we touch something, the mechano-receptors perceive the touch and through a network of nerves, send signals to the brain. This informs the brain about the location of the touch, the amount of force applied, and the speed at which it was applied. 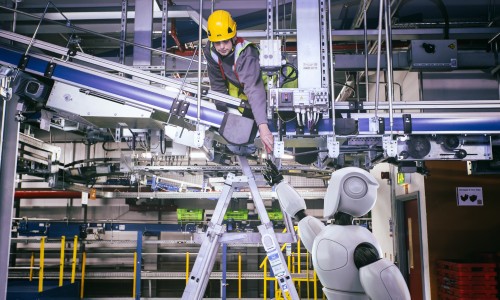 Robots cannot mimic the full sense of human touch. So, designing robots to pick fruits and vegetables which come in different sizes and shapes is quite a challenge.

Several different techniques have been tried in the past to create such a robotic hand-- using three fingers or suction cups. But this latest design by SoMa mimics the human hand. The gripper is made up of flexible materials which grasp on to the object based on its size and geometry. Then air pressure is used to control the movement of the robotic fingers to pick objects safely and without causing damage.

The next step would be for the robot to identify how ripe the fruits and vegetables are, and apply pressure accordingly. Members of the research team are currently working on adding computerized vision to the robots so that they can see what they are gripping.

Does all this mean robots can replace people? According to Ocado, it helps to improve productivity by removing some of the repetitive tasks done by humans. Here is a video of another robot in action at a UK supermarket.