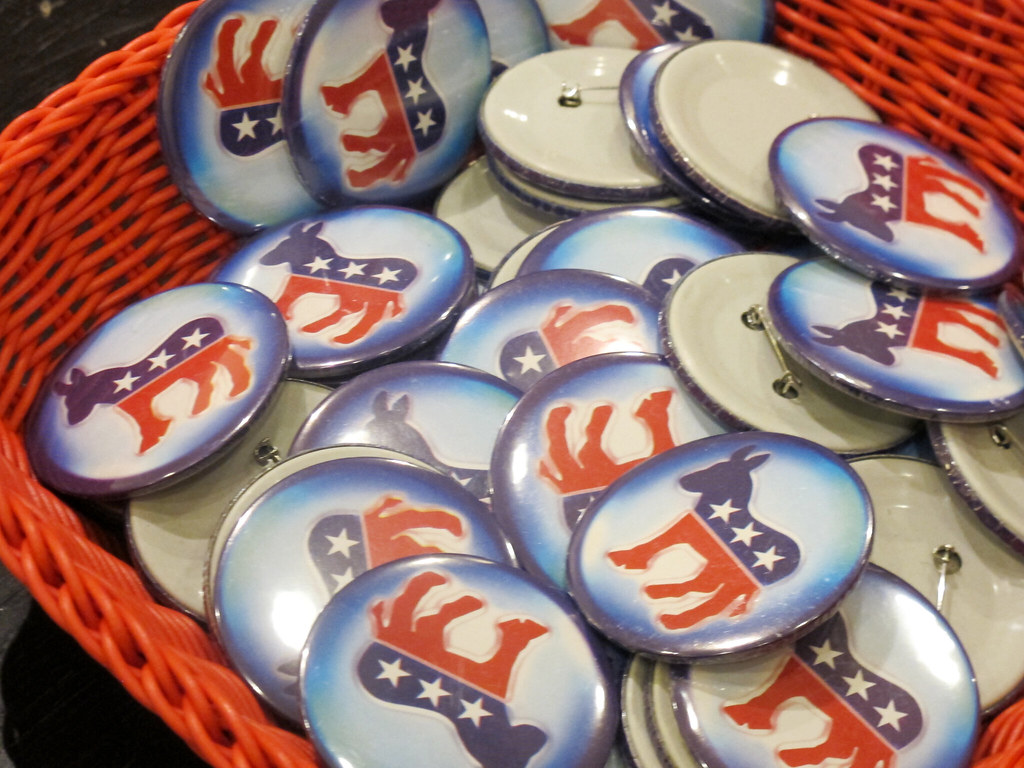 Earlier in our election series, we took a look at the Republican Party and what beliefs unite them. This week, we dive into makes the Democratic Party unique.

The United States is celebrated for being the land of opportunity, a place where anyone can live the American dream if they work hard enough for it. People like Oprah Winfrey and Tom Cruise started out with the cards stacked against them. Winfrey was born to unwed teenage parents in Mississippi; Cruise’s mother worked four jobs to keep him fed and clothed.

But what do rags-to-riches stories have to do with the Democratic Party?

It’s simple. Democrats believe that there is something called socioeconomic inequality. This is just a fancy word for saying the world is an unequal playing field. Some people are born to rich families; some to poor ones. When we looked at the Republican Party’s beliefs, they state that each individual has the power to make it on their own, whether they’re born to Steve Jobs or to the woman who empties the trash bins at Apple’s headquarters.

Democrats, however, think that the playing field is too bumpy for those on the bottom to catch up with those on the top. They want to provide a social safety net for those who are the most vulnerable.

A good example of this is are the political policies that came out of the 1930s. After the stock market crash of October 29, 1929, the country plummeted into a Great Depression that lasted for more than a decade.

Democrats like 32nd President Franklin D. Roosevelt believed that spending money on the nation's most disadvantaged citizens would benefit society as a whole. FDR launched several employment and other social programs under the New Deal designed to get the country back on its feet. One of these programs was called Social Security, which gave a monthly stipend to the elderly when they were too old to work. That system is still in place today, helping to protect the most vulnerable of our citizens from falling into destitution.

A safety net for citizens

Modern democrats continue to support monetary and social policies that help level the playing field, like the Patient Protection and Affordable Care Act, signed into law in 2010. This bill is supposed to allow people to be able to purchase affordable healthcare. Other monetary social policies that Democrats support include a higher national minimum wage, more robust Medicare and Medicaid programs, and more tax breaks for the lower and middle classes.

In addition to addressing economic inequality, Democrats also support increased regulation of the industry. During the Spanish American War of 1898, more United States soldiers died due to poisoned meat packaged by three meatpacking companies in Chicago than from bullets. This lead to the passage of the Pure Food and Meat Act in 1906, which allowed the government to inspect meat and forbade companies to sell tainted meat products. Democrats believe that self-regulation (when companies police themselves) is not effective. A more recent example of a Democrat pushing for regulation is Al Gore and his attempts to get Congress to reduce greenhouse gases by limiting carbon emissions.

Beyond regulation, Democrats also have a gamut of opinions about other political issues. They often argue against the death penalty and believe that more money should be spent at home on domestic policies like education and infrastructure. On social issues, they believe that the government should not infringe on people's personal freedoms, especially with regard to marriage and family.

The democrats are really aware of what is happening and they can really improve the future. For example the New Deal was able to recover many jobs after the stock market crashed. this idea was brought up by a democrat ,FDR.Where as the republican, Herbert Hoover who was the president during the beginning of the Great Depression, did not do anything about the circumstance.