U.S Elections: What Is An Electoral College? 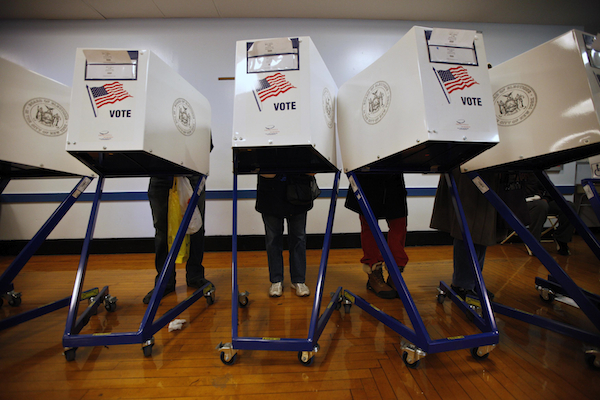 With the U.S elections nearing, we conclude our series with a look at the Electoral College, one of the most misunderstood parts of the election process.

This is true for all candidates and issues except for the two highest offices in the United States: the President and the Vice President.

What Is The Electoral College?

The process for electing these two candidates was written into the U.S. Constitution in 1804 with the ratification of the Twelfth Amendment.

The Electoral College consists of 538 electors, with 270 votes needed to win. Each state and the District of Columbia receives a number of votes equal to the number of Representatives and Senators they have in Congress. Electors are actual people who are chosen by each state to cast their votes for the President, which they do on Election Day. Many states require electors to vote according to how the general public does in the state. For example, California has 55 electoral votes. If a candidate wins the popular election in California, then all 55 electors must vote for that candidate.

However, 24 states have no laws restricting whom electors may vote for. Most of the time, these electors are faithful to the results of the general election. Maine and Nebraska are the only two US states where the electors are divided up by the percentage of votes each candidate gets.

Sometimes, however, electoral college results may differ from the popular vote -- that is votes cast by eligible U.S citizens.

The Trouble With The Electoral College

A much more common issue that has arisen out of the Electoral College is that a candidate could win the popular election, but lose the general election. In 2000, George W. Bush won the presidency even though he had 500,000 votes less than Al Gore. And in 2016, Hillary Clinton lost to Donald Trump, despite getting 3 million more votes.

Further, electoral colleges discourage people from voting for third party candidates due to the “winner-take-all” rule. All these concerns have prompted some people to call for a reform to the electoral college process which was set up at a time when much of the country was yet to be populated.