A Blanket For Sequoia Trees 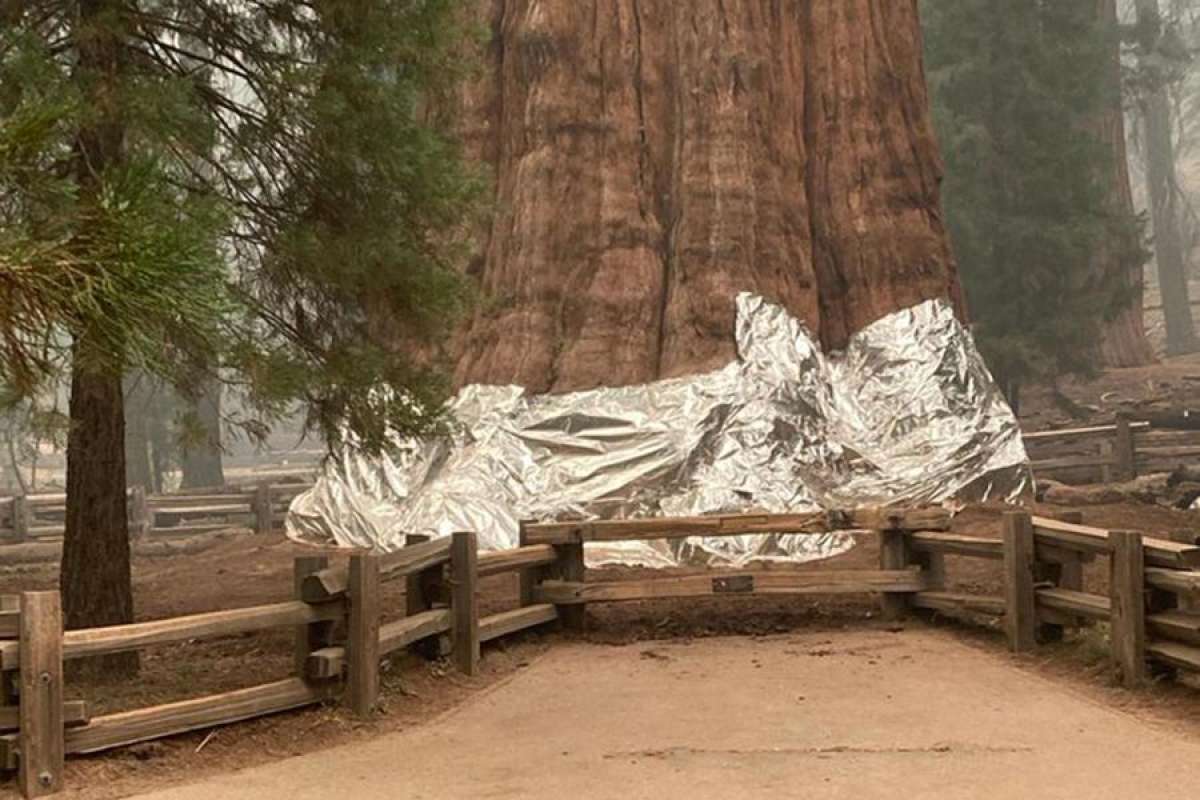 On September 9, a lightning strike had ignited the Paradise and Colony wildfires in Tulare County.

The two wildfires had converged into the KNP Complex fire over Sequoia National Park, threatening the giant sequoia trees, some of which are over 200 feet tall and more than 2,000 years old!

Firefighters scrambled to protect the sequoia by wrapping the iconic trees in aluminum blankets. While the trees are now out of danger, the fires have burned over 30,000 acres.

Sequoia trees are naturally fire-resistant, with their thick, fibrous bark and high canopies. The trees can even benefit from wildfires of moderate intensity. The heat encourages sequoias to release cones filled with seeds that can sprout new saplings.

However, climate change has contributed to lower humidity, warmer weather, and longer-lasting droughts -- conditions that increase the risk of more extreme wildfires. Though the sequoias’ hardy bark can withstand serious damage, sustained exposure to wildfires can weaken the trees.

Last year’s Castle wildfire burned 7,500 to 10,600 trees, a staggering loss of 10-14% of the world’s sequoias. And since 2015, a sobering two-thirds of giant sequoia groves in the Sierra Nevada were burned by wildfires. 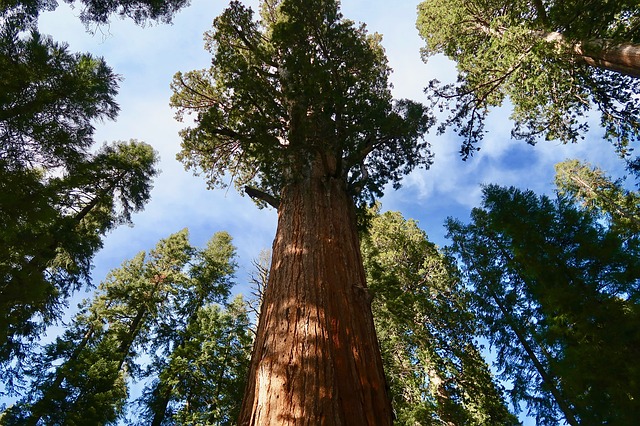 To protect the sequoias from the recent fires, firefighters wrapped the base of these old giants like the famous General Sherman, in aluminum blankets. General Sherman is the largest tree in the world by volume and is estimated to be 2,300-2,700 years old!

The blankets which are made from fire-resistant material can reflect over 90% of the heat for short periods of time. Aluminum wrapping is also being used to protect the park’s wooden structures and landmarks and has already safeguarded some homes near Lake Tahoe.

Fortunately, since 1960, the national park has used prescribed burns to help strengthen the sequoias. Prescribed burns are controlled fires set intentionally with the purpose of clearing away small shrubs and other vegetation. This practice removes the fuel for potential wildfires and helps restore nutrients to the ecosystem.

According to the KNP Complex fire chief, prescribed fires helped them save these natural wonders. With the immediate threat to the trees behind them, firefighters are still trying to get the fires under control.