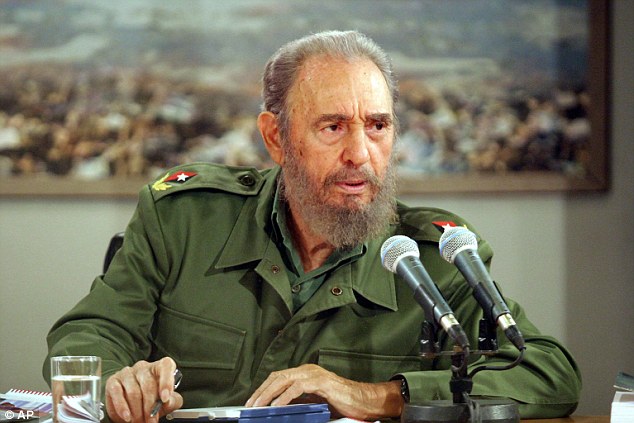 Loved by some and hated by many, he was one of the most polarizing political figures in recent history.

Cuba's Fidel Castro passed away last Friday at age 90. People stood in long lines at Havana's Revolution Square to pay their last respects to a picture of their departed leader as his body was not on display.

But across the narrow ocean that separates the U.S from Cuba, many Cuban-Americans were rejoicing in Miami, Florida. They are hoping for better days ahead for their friends and family still living in Cuba. His funeral, held on Tuesday, was attended mostly by leaders from South and Central America.

Born in 1926 to a plantation owner and his second wife, Fidel Castro grew up in an affluent household. He was sent to study at a rich Jesuit high school, and then joined the University of Havana as a law student. But Castro felt he was destined for something much bigger. He joined political organizations in college, led student protests and even took part in an effort to remove the dictator of another country.

However, by 1952, Cuba had come under the control of Fulgencio Batista, a dictator. Castro, who was in his 20s by then, joined the opposition party. But after a failed attack on the government forces, he was arrested. Released a year later, Fidel Castro fled to Mexico. Here, his image grew as a revolutionary, and when he landed with a band of 80 of his followers in Cuba in 1953, people hailed him as their savior.

After years of waging attacks on Batista's army from their mountain hideouts, a victorious Castro marched into the capital Havana in 1959. He proclaimed himself the leader who would bring freedom to his country. But that was not to be the case.

The Rise of Communist Cuba

Castro ordered the takeover of farmlands, banks and private institutions - most of which were under the control of US companies. He established a “socialist” order where everyone worked for the state. Cuba allied itself with Russia and adopted a communist ideology. While the new government improved education and healthcare, economic opportunities and individual freedom were denied to citizens.

In 1961, Cuban exiles living in the US planned an overthrow of Fidel Castro with help from the U.S government. The invasion known as 'Bay of Pigs' was unsuccessful. Russia's answer was to build a missile base in Cuba, with nuclear warheads pointing towards the U.S mainland. After 13 days of tense standoff, the situation was defused. This emboldened Castro who convinced his people that America was a bully. All diplomatic connections between the two countries were cut off.

Although the Cold War ended in 1991, US-Cuban relations continued to remain tense. In 2006, an ailing Fidel Castro handed power over to his brother Raul Castro. Under the younger Castro, the country has opened its doors to economic progress, even though politically the government remains communist. With Raul Castro planning to retire next year, the political future of Cuba is unclear.

But one thing that is clear is that a leader of a small island country managed to create the largest ripples in the world.

Is Cuba Changing For The Better? (16)