The right to vote as a U.S. citizen older than 18 years of age is written and guaranteed in the Constitution.

But imagine if that right was threatened or restricted. Well, on March 25, the state of Georgia passed a new voting law that did just that.

The new law, called SB 202, was passed following controversy stirred up by Republicans that the 2020 presidential election was not fair, and that there was widespread voter fraud in favor of President Joe Biden.

While court cases and investigations showed that there were no instances of fraud during the election, Republicans in Georgia pushed for this law as they claimed it will help prevent election and voter fraud in the future. 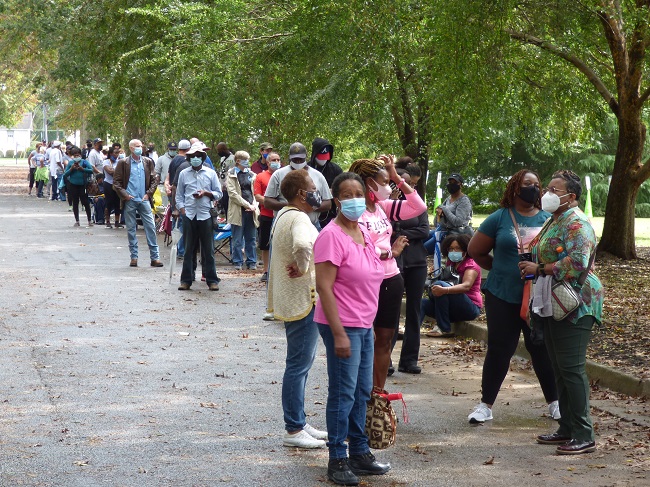 Among other things, SB 202 prohibits the act of giving food and water to voters in line, requires voters to present an ID rather than just a signature, reduces the number of drop-off boxes, gives the state legislature more control over the voting process, and more.

Lines to vote in Fulton County, Georgia are known to be the longest lines in the U.S., and voters have to wait for hours to reach the front of the line. SB 202 is threatening, only because it bans providing food and water to those voting, but also because Fulton County has a high population of Black people.

This essentially makes SB 202 an attempt to discourage Black voters from practicing their right to vote. Black voters in Fulton County, specifically Atlanta, helped Democrats win the state during the 2020 presidential election.

Additionally, requiring voters to present their IDs is restrictive as this targets working-class citizens who may not have official IDs to show. Cutting the number of drop-off boxes also means that potential voters have to travel farther, which puts those who do not have the time or resources to do so at a huge disadvantage. 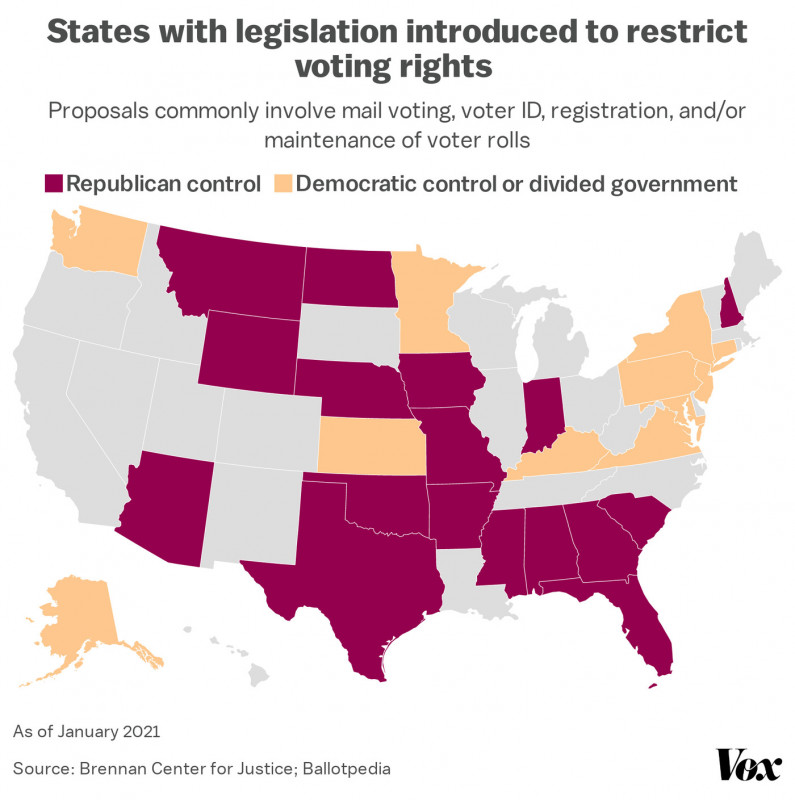 After this law was passed, President Biden voiced his disappointment and disapproval, stating, “This is Jim Crow in the 21st century, it must end.” Jim Crow, or Jim Crow laws, were a series of laws in the 1800 and 1900s that promoted racial segregation in the South.

Many Democrats and influential figures in politics agree with President Biden. Republicans, on the other hand, defend this law by stating it was created to promote fair elections. It’s also been revealed by the Brennan Center for Justice, a non-partisan organization dedicated to reforming America’s democracy, that there are over 200 bills being discussed throughout all the states that are similar to SB 202.

The Major League Baseball (MLB) has pulled its All-Star Game this summer from Atlanta, sending a strong message against voter suppression. There is criticism that other companies such as Coca-Cola and Delta had failed to take a stance.

It is no doubt that voter suppression is a very real and dangerous threat even today and that our right to vote isn't completely guaranteed as stated in the Constitution. However, being aware and active and learning about the importance of civic engagement can help combat these unconstitutional attempts that infringe upon our rights.

meganh1 August 7, 2021 - 3:25pm
Ok, listen you gotta prove that you are a citizen of the US to vote in the US, its that simple, actually its kind of common sense!
FYCAmom2 April 6, 2021 - 7:13pm
I still don't understand how... 1. required to show an I.D. 2. Not giving out FREE Food and Water is racist. I had to get my ID when I was 15 because I had to start working to pretty much raise myself. When I got my driver's license at 16, started doing High School till noon, then I was off to a job. I never got offended. I don't see the big deal?
Editor April 8, 2021 - 11:04am
It is wonderful that you were able to work, get your driver's license at age 16! Kudos to you. But for some people it is not easy to get a driver's license. Voting is our basic right by constitution. Our government should encourage people to vote. There are other ways to prevent voter fraud, providing ID is one of them but it also suppress voter turn-outs, especially in low-income communities. Many studies about voter fraud have concluded that there are voter fraud, but the numbers are so small that won't affect election results.