A Lavish Coronation In Thailand! 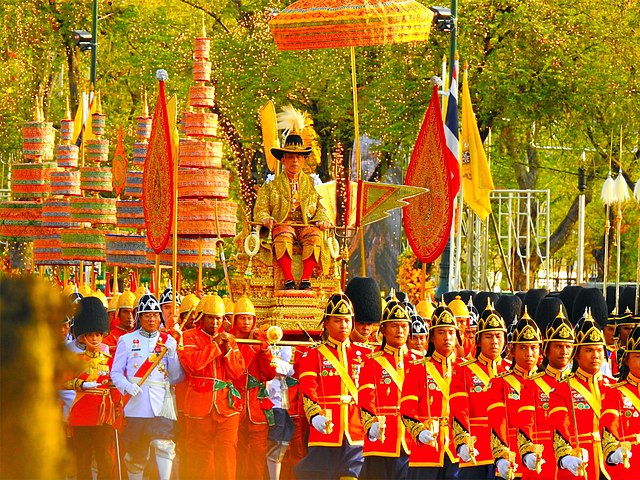 Gold, gold, and more gold. Nothing else can describe the lavish coronation of King Maha Vajiralongkorn!

In a ceremonial procession that is almost unheard of in today’s world, Thailand crowned its new monarch last Sunday. The three-day ceremony ended on May 7 with the king greeting his subjects from the balcony of the Grand Palace.

King Vajiralongkorn took power in 2016 after the death of his father, King Bhumibol Adulyadej. Until recently, he spent most of his time in southern Germany where his son and presumed heir, Dipangkorn, was being educated.

However, he has slowly started to build up the monarchy by employing a large personal guard consisting of 5,000 soldiers and bringing even more troops under his control. Three days before his coronation, Vajiralongkorn surprised Thai citizens with news that he had married the deputy commander of his bodyguard unit, Suthida Tidjai. This is the fourth marriage for the 66-year-old monarch after three previous marriages ended in a divorce.

The History of the “Land of Smiles” 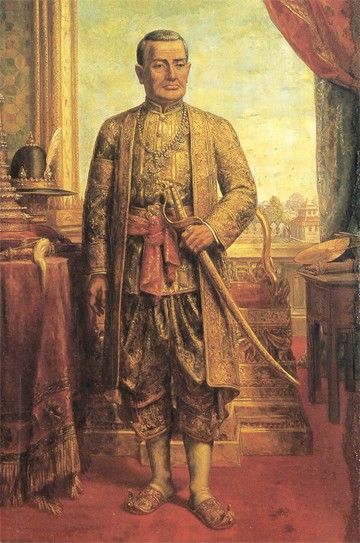 The history of the rich monarchy, known as "Ratcha Anachak Thai" to its citizens, dates all the way back to the 7th century AD.

For about three centuries, a native people known as the Mons dominated the peninsular part of Thailand, and instilled Hindu and Buddhist ideals into the ethnic population. Throughout the following centuries, various kingdoms and dynasties ruled the country, including the Mon Lavo, Sukhothai, and most prominently, the Ayutthaya Kingdom.

The Ayutthaya kingdom slowly took over a majority of Thailand and parts of the surrounding countries of Cambodia, Laos, and Burma by the 1600s. However, in 1767, the neighboring Burmese attacked and seized the capital, ending the rule of the Ayutthaya kingdom. Under an approximately decade-long period, a Thai-Chinese people, led by Taksin the Great, ruled Thailand as the Thonburi Kingdom. In 1782, Taksin was overthrown by General Chao Phraya Chakri, who began the era of modern-day Thailand.

The year that the coup ended Thonburi rule, was the same year that marked the start of the Chakri Dynasty, which continues to rule today. The first king, Rama I, ruled the country, known then as Siam, for about 20 years and established the capital of Bangkok. For the entirety of the 19th century, more monarchs, including King Mongkut and King Chulalangkorn, began modernizing the country’s trade and administration systems.

In 1932, after a peaceful coup, Thailand became a constitutional monarchy with a parliament. Countless changes in the government were made until it finally became the monarchy that is seen today.

Here are some facts about the coronation that will blow your mind!