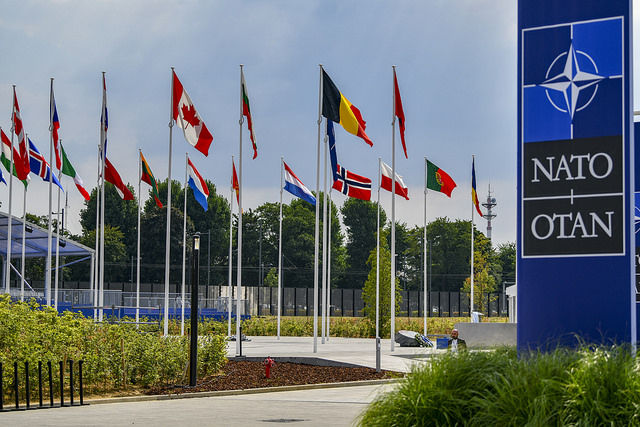 The year was 1949. Countries around the world were still reeling from the effects of World War II.

Meanwhile, conflicts began to arise between the US and the Soviet Union, two of the world’s most powerful countries at the time. The two differed in what the post-war world – especially Europe – should look like.

The Western nations were concerned that their democracy was under threat and that the Soviets would try to spread communism and launch an attack on Western Europe. This period of intense mistrust and hostility is referred to as the Cold War.

Against this backdrop, an organization, known as NATO (short for North American Treaty Organization) was born. On April 4, NATO marked its 70th anniversary. We look at its history and the role it has played in the world.

The Treaty of Brussels was signed in 1948 by five European nations, consisting of Belgium, the Netherlands, the United Kingdom, France, and Luxembourg. The treaty called for cooperation among these countries to fend against possible aggression from the Soviet Union.

At the time, Germany had been divided into several pieces controlled separately by Allied nations. But the Allies had been denied access to Berlin which was blocked off by the Soviets. When the communist threat increased due to the Berlin Blockade, the Western Union Defense Organization was formed. Even then, the weakened European nations were not strong enough to stand against the Soviet forces.

European leaders met with United States officials and formed the North Atlantic Treaty. The treaty expanded the previous European alliance to include more European countries, but also Canada and the United States. The first supreme commander of this new group is none other than Dwight D. Eisenhower, a successful leader during World War II as well as one of the future Presidents of the United States. The main goal of the newly founded alliance was to protect its members from aggression and communism. If one country is attacked, all other members will provide their aid against the aggressor.

The first major conflict that challenged NATO was the Korean War, which showed how communist countries were working together as one. As a result, the alliance continued to build its military in preparation.

In 1954, the Soviet Union requested to be admitted into the organization to keep peace. However, the proposal was rejected due to fears that the USSR will only weaken the alliance. Following the acceptance of Western Germany into NATO, the Soviet Union formed their own military alliance with Eastern Europe under the Warsaw Pact, defining the line between the two powers.

Over the next few decades, the two alliances competed in demonstrations of power. The space race and the nuclear arms race were primary examples; however, there was no direct military conflict between the two. Despite this, NATO was involved in dangerous conflicts such as the Cuban missile crisis, the Suez Canal conflict in Egypt, the Iraq War. More recent events include the Syrian War, 9/11, ISIS, and the Iran nuclear deals.

NATO is still a powerful organization today, as it had been for 70 years. In fact, its newest member, Montenegro, was admitted in 2017. However, President Trump recently talked about leaving NATO if the other countries did not step up (read our earlier article here). Russia has warned NATO to not get too friendly with Ukraine and Georgia, direct neighbors of Russia. Whether this alliance will be able to solve this conflict or not, only time will tell.