For many of us, we use social media to view what others are doing, connect with those who live far away, and make new friends.

However, for famous social media sites such as Facebook, they are tools for spreading propaganda and can be used to incite violence and sentiment.

Most recently, the dangerous powers of social media were showcased to the world during the mob raids that occurred in Sri Lanka in which Sinhalese Buddhists raided and burned down dozens of Muslim businesses, homes, and a mosque.

Sri Lanka is a small island nation south of India, which is well known for its many Buddhist sites. Sinhalese Buddhists makes up 75% of the region’s population, and Muslims make up around 9%. Both of these religions have for centuries coexisted peacefully together.

Recently, false rumors had been spreading of Muslims vandalizing Buddhist places of worship and threatening to take over the country because of their high birth rates. This had led to anti-Muslim feelings, which worsened with the death of a Sinhalese truck driver who was attacked by Muslims. As a result, when Sinhalese nationalist leader Amith Weerasinghe visited Sri Lanka’s district of Kandy, he was outraged by the prominent Muslim population in the area. He immediately posted a video on Facebook, Youtube, and other social media sites in hopes of gathering other Sinhalese Buddhists to come and harm Muslims in the district.

What was shocking about the events was the lack of police intervention in the conflict. During the raids, many Muslims tried to reassure themselves by saying that the police would protect them, but it did not occur. Consequently, a man was killed because no one could save him from his burning house.

Sri Lanka has declared a state of emergency with its troops ready to prevent further violence. The government is also speaking out against religious violence and has cut off peoples' access to Facebook and other social media platforms temporarily.

The Dangers of Social Media 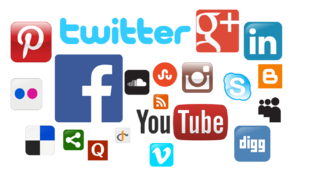 Since its founding, Facebook’s objective was to help the world stay connected. However, though this dream has been achieved, it has brought along its own problems.

These problems are not just unique to Sri Lanka, but to other countries as well. Americans are very familiar with the recent Russian investigation in which Russians were believed to have interfered in the 2016 U.S election via social media. Facebook has also been used to incite anti-Rohingya sentiment which fueled the ethnic cleansing of Rohingya peoples in Myanmar.

Additionally, Facebook’s WhatsApp was the source of many false rumors of child violence which led to retaliation and human rights violations such as lynching. To counter these, Facebook has handed out pamphlets in Malaysia and India to educate users on misbehavior online and how to spot fake news. However, the results of continuous violence show that this method has not been effective.

No one is sure what will be done by powerful social media companies. For now, we can make sure that we are not influenced by wrong messages by checking what we hear, and reading multiple sources to figure out if what someone is saying is true. By doing so, we can prevent what happened elsewhere in our own lives.