Students Jump Into The Gun Debate

On Valentine's Day, Nikolas Cruz marched into Marjory Stoneman Douglas High in Florida and fired bullets through the halls. The shooting that lasted for three minutes left  17 students and staff dead and injured 14 others.

The incident has sparked mass protests on the streets with students, parents, and politicians demanding more stringent gun control laws.

A few of the students who survived the attack have vowed to make sure theirs will be the last mass school shooting the country will see.

Even though Americans only account for around 5% of the world’s population, they account for 48% of guns owned by civilians and 31% of mass shooters globally. Furthermore, gun violence does not stop at mass shootings, with 62% of deaths due to suicide and 50 women killed each month by their partners.

The AR-15 gun carried by Cruz has become a weapon of choice for mass shooters and is surprisingly very easy to purchase in the United States. The earlier version of this semi-automatic gun was used by US soldiers during the Vietnam war. 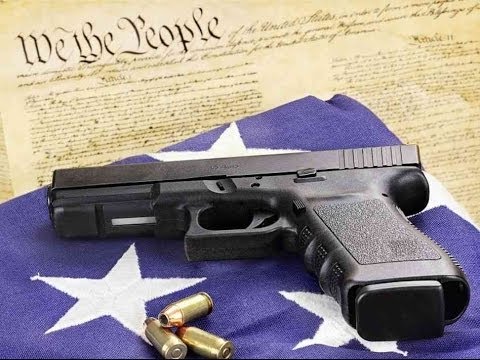 After each incident, politicians have called for universal background checks and red flag laws on a national level to prevent interstate trafficking. Interstate trafficking occurs when people go to another state that has weaker gun regulations to acquire guns when their own state prevents them from making purchases.

A universal background check would require all gun sellers to check if their customers are “okay” to buy a gun. A red flag law allows for law enforcement or family members to petition the courts to take away guns from someone who is mentally disturbed or is not fit to own a gun. Both background checks and red flag laws have been associated with decreases in firearm deaths.

However, Republicans are opposed to gun control laws, and after each shooting, point out that the offender had a mental disease. They claim gun restrictions are only necessary on the mentally disturbed. However, offenders with severe mental illnesses only account for 1% of shooters. In fact, President Trump removed laws that had been put by President Obama which made it harder for people with mental illnesses to buy guns.

Can Anything Be Done?

One of the biggest reason why reform has not taken place? The National Rifle Association (NRA). This powerful gun lobbyist has consistently promoted more gun ownership, claiming that it is the only way to stop bad guys with guns. This association is also infamously known for their donations towards government officials in return for favors, such as loosening gun laws or preserving gun rights. In the 2017 election, they spent approximately 11.4 million dollars supporting Trump and 19.7 million against Clinton, in addition to supporting Republican Congress members.

We know from Australia's experience that the answer to mass shootings is to have strict gun regulation. After a mass shooting in 1996, Australia's government passed the National Firearm Registry which accomplished three things. It established a registry to list every single gun owned in Australia, banned certain types of weapons such as shotguns and semi-automatic rifles, and requires a permit in order for someone to purchase a gun. Since then, there have been no mass shootings and a huge drop in homicides.

The students of Marjory Stoneman Douglas High have had enough. They have planned marches and meetings with politicians, and are joined in the cause by other students around the country. We can only hope that this time things will change and schools will remain safe places for learning as they should be.

This was a very nice (but sad) article that you wrote. I loved the way that you explained the background checks and red flag law, but what was gun control. You did not explain that thoroughly, and it made me extremely confused about the gun law. Also, isn't what the National Rifle Association doing sort of like a bribe? They give you money, and you loosen the gun control laws. That's illegal! Lastly, why can't the United States just ignore what the National Rifle Association gives and create the gun laws that Australia made? That way, there would definitely be fewer deaths. This was a fantastic article that you wrote, so keep up the good work and write more about the world!

ahh, gun control doesn't refer to a specific law; it is more like a term that refers to measures that "control" how many guns are present in the general public, for instance, actions that limit guns from certain groups of people

Who wakes up in the morning thinking I have a great idea! How about I go shoot a bunch of kids? HOW CAN YOU LIVE WITH YOURSELF, NIKOLAS CRUZ?

on his instagram profile, there were pics of him holding guns and knives, and no one reported him

People these days... WAKE UP! I cant believe no one reported him. Thanks for this info

He posted a vlog 2 months before the shooting saying he would shoot the school, and all his social media accounts show him posting photo's of guns

You know, I don't get how some murderers look so well rested. If I were them, I wouldn't be able to live with myself, let alone sleep.