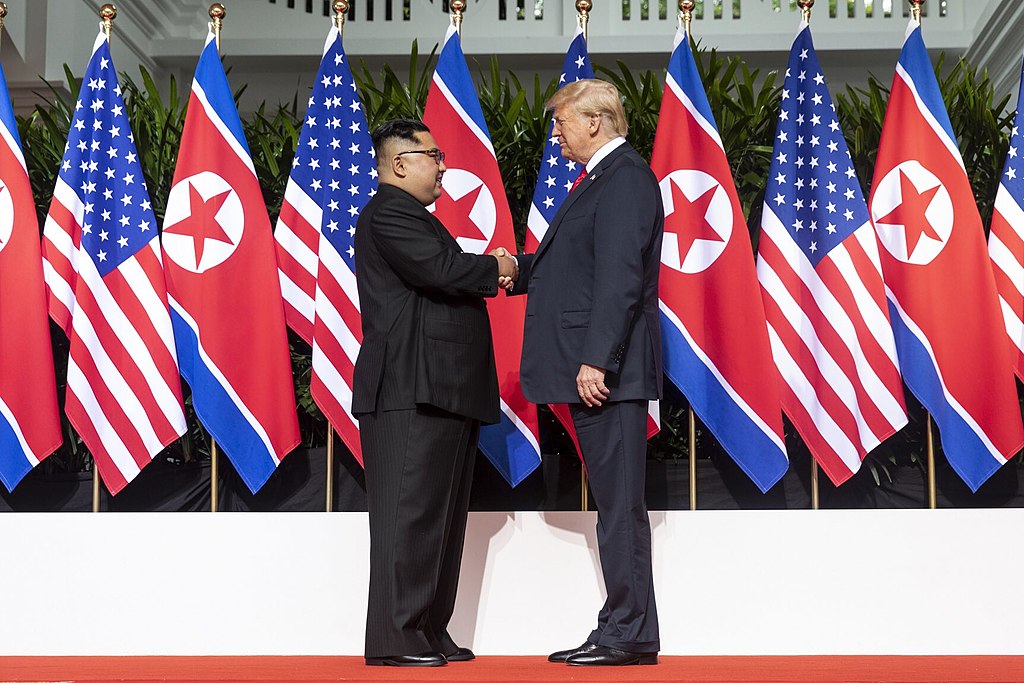 On June 12, security was especially tight on the island of Sentosa in Singapore.

It was to be the first face-to-face meeting between a sitting U.S President and the leader of communist North Korea in more than 70 years. In the past, U.S Presidents have demanded commitment from North Korea to de-nuclearize before agreeing to meet with them. But President Trump did not follow the traditional approach.

Meanwhile, since the beginning of 2018, North Korea has been reaching out to its archrival, South Korea. South Korean leader Moon Jae-in invited athletes from the North to participate in the 2018 Winter Olympics, as well as march under one flag. Then, two months later, the leaders of the two Koreas met at a village in the DMZ (De-militarized Zone) in a historic first.

Singapore was chosen as a venue for the meeting between U.S President Trump and Kim Jong-un. This small island nation is a neutral country and hosts both U.S and North Korean embassies. It is also tightly controlled by the government and protestors are not allowed, which makes security less challenging. Finally, this wealthy country can bear the cost of such an important meeting.

The meeting started with a heavily photographed handshake between Trump and Kim, after which the two sides met for a discussion. The two signed an agreement with President Trump agreeing to stop joint military exercises with South Korea in the region, a decision that has taken South Korea by surprise.

North Korea's Kim Jong-un has promised to "work towards a goal of denuclearization" which according to many experts is vague and meaningless.

How Did The World React?

There has been mixed reaction around the world. This is not the first time North Korea has offered to de-nuclearize. It has agreed to do so several times in the past, only to go back on its promise. While South Korea and Japan applauded the meeting, Russia was skeptical and has said that "the devil will be in the details."

The North Korean leader is known as a ruthless dictator who has assassinated family members and supported concentration camps and forced labor, while millions in the country are poor and on the brink of starvation. In fact, North Korea leads the world as the country with the worst human rights abuses.

Whether this meeting yields any progress remains to be seen. For now, things may have cooled down after escalating threats between the U.S and North Korea.

A Historic Meeting In South Korea (3)