Why Is Turkey Attacking Its Neighbor? 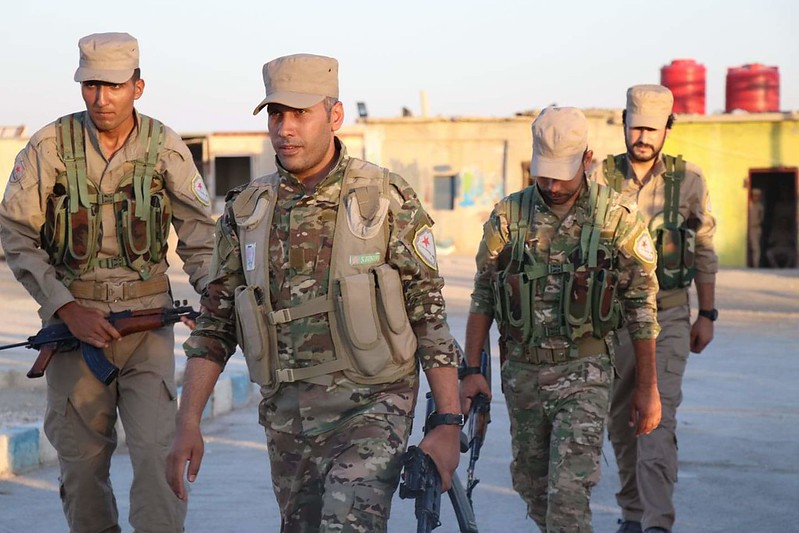 A phone call on Oct 6th has sent ripples across the world.

After US President Donald Trump spoke with Turkish President Recep Tayyip Erdogan, he pulled U.S troops out from war-torn northern Syria. Soon after, Turkey began a series of attacks on its neighbor Syria in areas occupied by Kurds. The two sides have briefly halted fighting but it is an uneasy ceasefire.

More than 200 Syrians are dead and 170,000 have been forced out of their homes. Both President Trump and President Erdogan have received backlash for their actions from the international community.

Who Are The Kurds?

The Kurds are one of the largest indigenous groups in the Middle East and are predominantly Muslims.

Although they are the fourth largest ethnic group in the Middle East (after Arabs, Persians, and Turks), they have their own distinct language and culture. Unfortunately, the Kurds do not have a designated territory. After World War I, the Kurds were promised their own land but instead were divided up among Syria, Iran, Iraq, and Turkey.

Since the 1990s, the Kurds have been divided and suppressed by the majorities in the various Middle Eastern countries they occupied. Of the 30 million Kurds that live in the Middle East, approximately half live in Turkey, where they are forced to adopt a Turkish identity or face persecution.

Fast forward to 2015 when the US was looking for help to push back ISIS from within Syria. They found an ally among the Kurdish forces from the Kurdish People’s Protection Unit (YPG) and Arab militia groups, called the Syrian Democratic Forces. The U.S supplied them with arms to wage a war against the Islamic State (ISIS). The Kurds in Syria successfully pushed back ISIS and recaptured territory.

However, Turkey was concerned about the growing power of the Syrian Kurds. Over the years, Turkey has been fighting a war within its borders with the Kurdistan Workers’ Party (KWP) who are seeking independence. President Erdogan considers the Kurdish groups in Syria as connected with the Turkish KWP.

Impact Of The Decision

President Trump’s command to withdraw troops from Syria has angered people in his own administration who have criticized the hasty and unplanned decision.

Turkey has recently been faced with an overflow of migrants from the Syrian civil war. President Erdogan announced that he would clear the Kurds out of a section of Syria and return two million refugees to a “safezone”.

As soon as Turkey began the strikes, nearly 750 ISIS prisoners held by the Kurds have escaped. There is a concern that this chaos might allow ISIS to regroup and return, and lead to the ethnic cleansing of the Kurds.

The Kurds, meanwhile, feel betrayed by the Americans, despite supporting the U.S in the war against ISIS terrorists. They have reached a deal with the Syrian government to send troops to resist Turkey’s assault in the north.

This could be a turning point in this war. The video shows the complex relationships between the various groups in the Middle East.

What Led To An Attack On Syria (2)

Turkey And The Kurds: A Sticky Issue (10)