Clues From A Worm Fossil 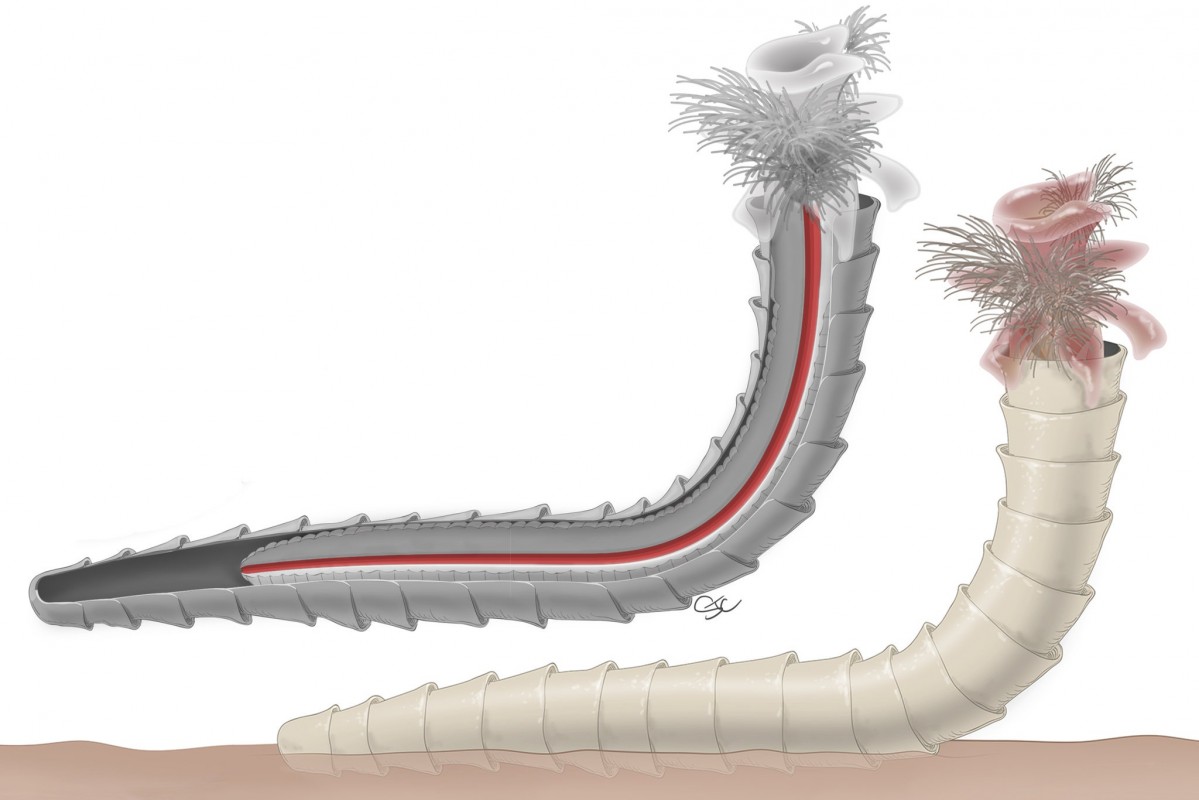 That’s the advice geologist Dr. Emmy Smith took when she went excavating in Pahrump, Nevada in 2016. But who would’ve expected her to find actual gut fossils?

Dr. Smith reported her lucky find on January 10. These fossilized guts belong to the cloudinomorph worm from the late Ediacaran period.

The worm, which resembles a modern-day tubeworm, may not seem like much. But it's digestive tracts contribute greatly to scientists’ understanding of animal evolution.

The Mystery of Evolution

The Ediacaran period, occurring 635 million years ago, was a time of great evolutionary change. Most of the organisms had simple, soft bodies, like jellyfish and coral. Soft bodies meant most of their remains did not survive the fossilization process. As a result, scientists have little information on the organisms of this period.

Another mystery linked to these organisms is the Cambrian explosion, which occurred right after the Ediacaran period. It is called the “explosion” for the sudden appearance of different organisms over a very short period (13 to 25 million years). The Cambrian period is important to scientists. It is the period when most major animal groups appeared.

Yet the variety of animals befuddled scientists. Real animals are not like Pokemon; throwing a shiny rock at them does not make them transform! Evolution is a gradual process, so how did the simple Ediacaran organisms transform into complex crustaceans in such little time?

Because scientists lacked information, they believed all Ediacaran animals were simple organisms. They also presumed the cloudinomorph was a type of coral. But the discovery of the worm’s digestive system proved them wrong.

In organisms such as coral, the guts look like a sac. The sac only has one opening from which the creature consumes food and disposes of waste. Our bodies, as well as that of Cambrians, don’t function like this; instead, we have a two-way digestive system.

Researchers presumed that the Ediacaran organisms behaved with the gut-sac method. But the cloudinomorph as the excavators discovered had a tube-structure digestive system. The shape means that the worm had a separate mouth and anus, much like dinosaurs, insects, and us humans! This meant the worm’s two-way gut allowed other organisms to evolve with the same digestion method.

The discovery of the cloudinomorph worm and its digestive system is important to the scientific community. It links the alien, Ediacaran creatures to the hard-shelled Cambrian animals. With a better understanding of evolution, scientists can continue to fill in the timeline of Earth’s evolutions.

Fossil Of A Baby Snake Discovered (3)