The Allure of Alcatraz in Books and Beyond 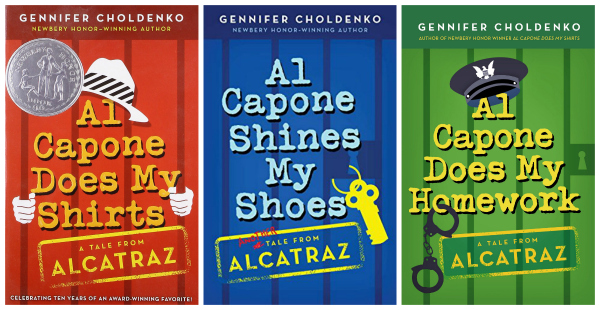 Have you ever thought of yourself time-traveling back to the time when Al Capone and “Machine Gun” Kelly were in Alcatraz Federal Penitentiary? This is what author Gennifer Choldenko does with her three books; Al Capone Does My Shirts, Al Capone Shines My Shoes, and Al Capone Does My Homework. In 1935, Moose Flanagan moves from Santa Monica, CA to Alcatraz Island with his prison guard dad, his mother, and his younger sister Natalie. Natalie is autistic, and in the first book of the “Al Capone” sequel, she needs the infamous convict “Scarface Al” to help her go to Esther P. Marinoff, a special needs school. In the second book, Al Capone wants a return favor because he helped Natalie. In the final book, a mysterious fire burned Moose’s family apartment, and he strives to discover the arsonist culprit. Surely, without the notorious prison Alcatraz, the author couldn’t have written these three compelling fact-based stories. 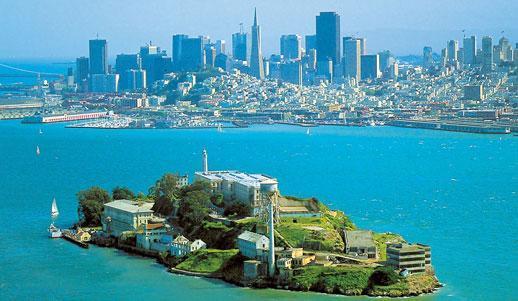 In the Civil War, Alcatraz used to be a military prison for the Confederates and a camp for the Union. Before it closed in 1976 after 29 years of service, it housed some of the most disreputable convicts, including Capone, Kelly, Alvin “Creepy” Karpis (“Public Enemy #1”), and many others heinous characters. Alcatraz prison contains four blocks, labeled sections A to D. A and D block were for the worst, with solitary confinement, and the ghastly Spanish Dungeon, mainly reserved for the “worst of the worst of the worst of the worst” of humanity. B and C block offered slightly better cells with non-solitary confinement.  Fourteen escape attempts involving 36 inmates occurred over the 29-year-old history of “The Rock,” which was another name for this prison. One attempt was successful, as the three criminals who tried to escape were never found…

Now, you can take a short boat ride from San Francisco, California and tour Alcatraz, enter the minute prison cells, and realize how traumatizing it was (and still is) to live in a federal penitentiary. To better appreciate your Alcatraz tour, read one or more of Gennifer’s books to make it come to life!

In this article, I loved all the fun facts and information. The reason why I decided to read it was because of the title with alliteration. I think you should have written more about the escapes because there was a cliff hanger after you mentioned the one successful escape. I would like to do more reaserch on that. Also, you never mentioned the Alcatraz was an island and it could coufuse readers that have not learned about Alcatraz. After you mentioned the Spanish dungeon, I was wishing that you put a picture of it in your article so I could understand how gruesome it was. After all, there were also a lot of good facts that I thought interested me into reading the books. The pictures really helped me understand what you were talking about. Mabye you should add how old Moose is to get more of an understanding of the age group of the main characters. I loved your article because it inspired me to read more about Alcatraz and check out the three books.

I haven't read any of these books, but after reading your article, I really want to go to the library to check out this series. But to be more specific in your writing, could you tell us next time which one is the first book? Also, I see three books, so isn't this set of books called a trilogy, or is it just two books in one series and an extra book? Or maybe next time you might want to give more information about the boat ride. I would like to know more, as I have heard of it before and it sounds interesting. Overall, this book report is exceptional and well done. Nice job!

Thanks for reading my article and taking the time to comment! To answer your question, the first book was Al Capone Does My Shirts. Yes, it is also a trilogy. As for the boat ride, you can actually eat on board; also try to bundle up, because it is usually cold out on the bay. I've actually been on Alcatraz, and I recommend that you check out The Rock from both inside and outside. I have a distinct memory of it because I actually got separated from my parents in the cell house. But don't forget! Watch "The Birdman of Alcatraz", since it is a fantastic movie. Again, thank you for checking out my piece, and hope you comment some more!

Thanks for the tip. Now I can read the series in order. Thanks to your comment, I am looking forward to going on a boat ride to Alcatraz. Do you think it is to cold to go in April? Should I wait until summer when it is warmer?

Thanks for the tip. Now I can read the series in order. Thanks to your comment, I am looking forward to going on a boat ride to Alcatraz. Do you think it is to cold to go in April? Should I wait until summer when it is warmer?