Ever Heard Of Chiasmus? 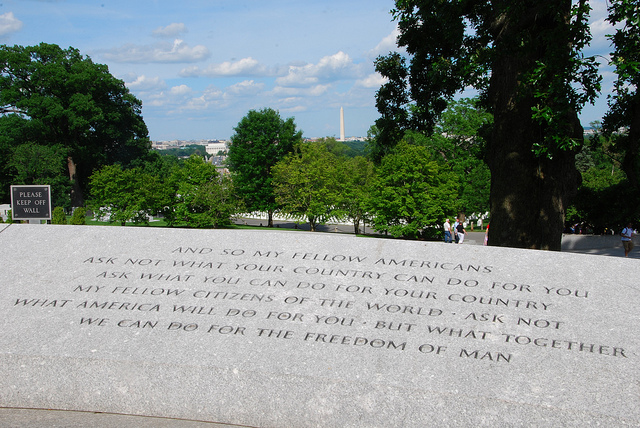 Ever heard of the term chiasmus? No? Well, that’s normal.

“Chiasmus,” according to LiteraryDevices.com, “is a rhetorical device (pronounced kī-ӑz-mus) in which two or more clauses are balanced against each other by the reversal of their structures in order to produce an artistic effect.” This means that there are usually two parts of the sentence that are separated by a comma; one has a phrase in it, while the other is literally the flip-side of this phrase!

Now let’s dive into some famous chiasmi that you might have heard of, but never knew what they were!

Here’s a couple of beloved presidents and a founding father have used chiasmi before. One of the most famous of all time is the late President John F. Kennedy’s inspirational, “Ask not what your country can do for you — ask what you can do for your country.”

Even earlier, our wise founding father and inventor Benjamin Franklin noted, “If you fail to plan, you plan to fail.” Lastly, President Eisenhower's “It's not the size of the dog in the fight that counts, it's the size of the fight in the dog” is motivational. Out of all chiasmus usages, I personally favor Dr. Mardy’s silly caution, “Never let a fool kiss you or a kiss fool you.”

Just for fun, I created a few not-so-clever chiasmi drawn from my own life experiences. These examples range from my favorite pastimes like basketball and gaming to dealing with authority.

First, if you fail to pass, you pass to fail. Next up, do you own that Fortnite game, or does it own you? Also, always help your parents, or else your parents won’t help you. Warning! Don’t get too excited about using chiasmi because your readers or listeners will think of you as a mile wide and an inch deep. These literary devices are often found as a reinforcement of themes, major points, or a crescendo of a speech.

Chiasmus is a handy literary device that is helpful to remember when you write essays or prepare a speech. They’re also extremely easy to assemble. Follow these three easy steps. First up, write a piece of advice. Two, flip it! Last, see if it doesn’t sound like gibberish. If it does, change a few words to make it sound normal. Happy flipping!