NBA Draft: How Exactly Does It Work? 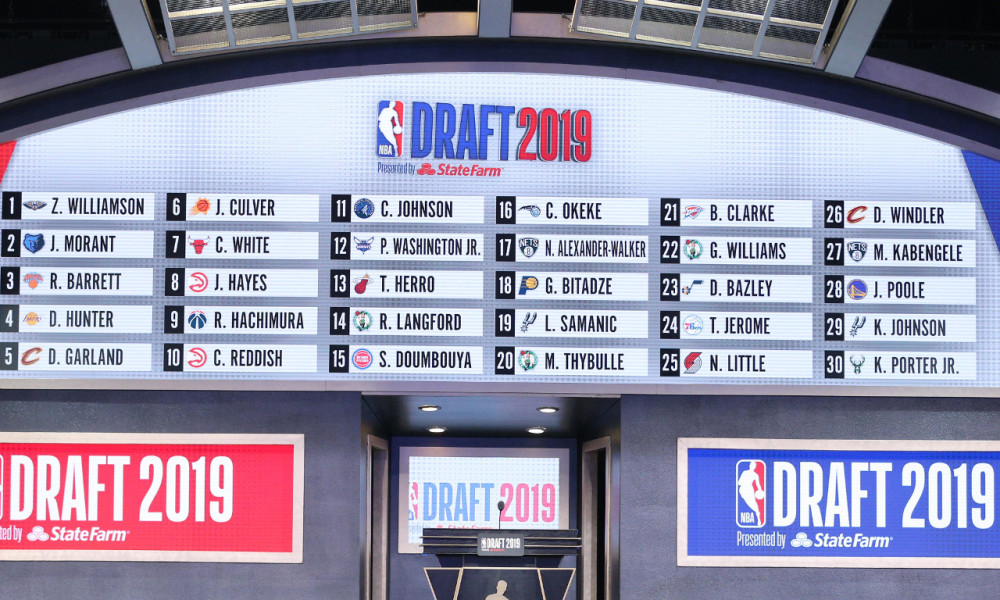 Zion Williamson. Many of you basketball folks know this name. One of the most athletic college players in history, he was recently drafted to the New Orleans Pelicans. He wasn’t the only one.

Ja Morant, All-American Murray State legend, was drafted to the Memphis Grizzlies. In fact, all the NBA teams received a player! How did this happen? Did the General Manager of each NBA team just call the players they wanted? Or was it Facetime? Some other process?

Players must be at least 19 years of age during the calendar year of the draft, and a player who completed basketball eligibility at an American high school must also complete one year of college.

Only 44 draftees from high school to college (“prep-to-pros”) went through this process to play in the NBA. Any players who were not "international" must be at least one year out of high school graduation to qualify for the draft. After Darryl Dawkins in 1975, not many — two-to-three —high school players went directly to the NBA draft for nearly 20 years.

A Bit of History

In the early years of the draft, teams would select players until they ran out of qualified prospects. The 1960 and 1968 drafts went a grueling 21 rounds.

By 1974, it had stabilized to ten rounds (except 1977 - eight rounds), which held up until 1985, when the draft was shortened to seven rounds. By agreement with the National Basketball Players Association, the drafts from 1989 onward have been limited to a reasonable two rounds of 60 players spread evenly over 30 pro teams. This benefits undrafted players from draftee #61 onwards because they receive the chance to try out for any team they wish and have more control over their destinies.

From 2009 through 2015, the college underclassmen had until the day before the April signing period to stay in the NCAA. Since 2016, players could enter the draft and participate in the NBA Draft Combine multiple times and yet retain NCAA eligibility by withdrawing from the draft within 10 days after the end of the mid-May NBA draft combine. Now onto the draft.

NBA officials go to great lengths to prevent the draft lottery from being tampered with.

In the lottery system, the league states that it uses "a lottery-style ping-pong ball machine with 14 balls numbered 1–14, and 1,000 four-digit combinations are assigned to the 14 lottery teams with the worst NBA season the previous season.” The purpose of this is to better balance the talent on NBA teams and make the league more competitive.

Starting in the 2019-2020 season, the three teams with the worst records received 140 combinations each, the fourth-worst received 125 combinations, and so on. Therefore, the first three teams enjoy an equal chance of winning the top overall pick. Naturally, the more the number of combinations, the more likely the team will be called earlier to pick better players.

After the first four picks are determined, the rest of the teams are ordered in reverse order based on their record in the previous season. The lottery is generally held in the third or fourth week of May. The actual lottery procedure takes place in a separate room just prior to the national broadcast on ESPN. Select media members, NBA officials, representatives of the participating teams, and the accounting firm of Ernst & Young attend the actual drawing. To prevent cheating and leaks of information, all attendees are not allowed cell phone or any other electronic access until the number one pick is revealed on television.

The selection is intricate, and being picked to play for this prestigious organization is one of the greatest accomplishments of anybody’s basketball career. And it all starts with the NBA draft!