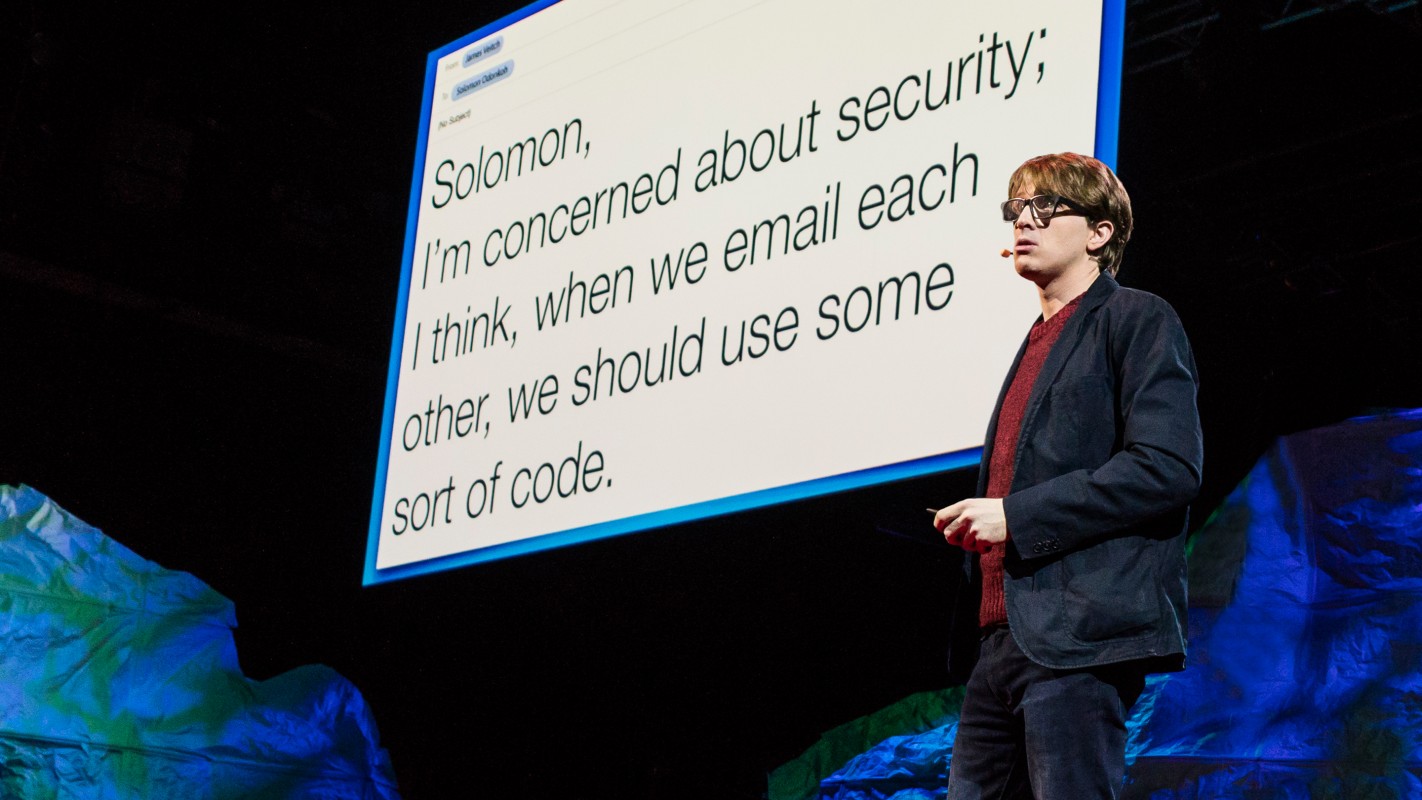 Emails have already been at the forefront of technology for nearly 50 years. But not a lot of individuals have taken the time to look into spam mail and slyly reply to it.

Author James Veitch explains what happens when one replies to spam emails in one of the most-viewed TED talks ever. A British writer and comedian with a mischievous side, Veitch found that spam emails proved to be the perfect opening to beat the scammers at their own trickster games.

In his December 2015 Ted Talk, Veitch explains that suspicious emails may include bogus offers such as unclaimed insurance bonds, diamond-encrusted safe deposit boxes, or free chances to win 5,000 dollar Walmart gift cards. They pop up in our inboxes, and our standard procedure is to delete them on sight.

A spam message about a business proposal from Solomon Odonkoh interested Veitch, so he promptly replied with the vague, “Solomon, your email intrigues me.”

Veitch kept this artificial correspondence to waste the scammer's time, since the more time they used on him, the less time they could exploit other vulnerable victims and their hard-earned savings. The crooked salesman Odonkoh responded, “Dear James Veitch, we shall be shipping gold to you. You will earn 10% of any gold you distribute.”

After multiple exchanges, they came to the conclusion that a metric ton of gold would be shipped directly to James’ address! Supposedly “worried” about the security of their messages, James suggested code names for different words in their emails. Lawyer became “gummy bear,” bank was “cream egg,” legal was “fizzy cola bottle,” claim was “Peanut M&Ms,” and so on...

Veitch shares another conversation with a random phone caller from Buffalo, New York. One would normally just hang up and ignore it. But not James Veitch! He answered it and immediately heard, “Give me the report at once or you're fired, Butch!” Veitch thought, “Hmm… Butch, huh. I’ll just play [along] as him.”

James retorted, “Yes sir! There have been 700 cases of rabies around the world, and now they’re saying it’s a rabies outbreak!” James couldn’t hold back his laughter and hung up right after his outrageous response.

Again, although James is funny, one can’t help thinking what else he could be doing with all the “free time” he uses pranking others. Later viewers learn that replying to scammers was his “job” as an educator, but Veitch also encourages others to give it a try. However, such revenge emails or calls would take away hours that children and adults could be learning and working.

Veitch proudly stated, “I’ve been replying to spam emails and calls for the past three years now!” He elaborated that at that time, he was actually working on writing a book on the topic. But if you’re not gathering information for a publication like Veitch, why would you waste time responding to phone sharks as Veitch recommends?

Do Two Wrongs Make a Right?

In this informative but hilarious TED Talk, Veitch not only shares his strange encounters with the swindler Solomon Odonkoh and a mysterious caller but encourages others to creatively reply to unscrupulous sales reps.

I disagree with him. He obviously enjoys annoying scammers while amusing others with his clever exploits. Nevertheless, this backfires and uses his time plus limited telecommunications and internet resources. His TED Talk is the fourth most-watched of all time as of May 2019. Even though I highly recommend everybody watch the witty TED Talk, the average Joe or Jane should not go around chasing scammers because it is a waste of time and naive individuals can still be victimized. It is hard to scam a scammer!

If you want to learn more, check out Veitch’s book, Dot Con, “everything you need to know” about replying to spam emails. And as entertaining as it may be to retaliate or sabotage scammers, “two wrongs don’t make a right,” so don’t reduce yourself to the low level of scammers. Don’t be a lamb--don’t get scammed!