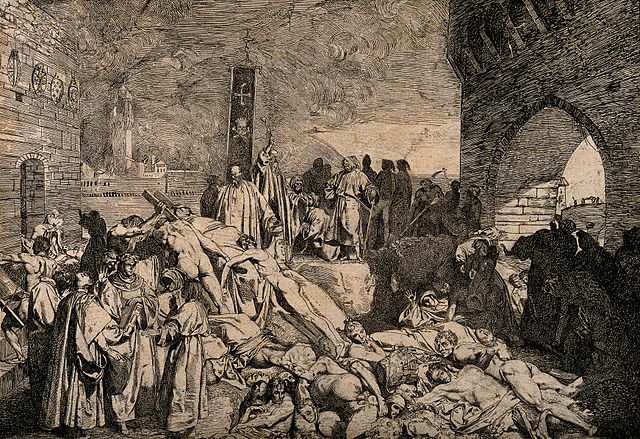 We stepped into the mansion’s grand entryway. It smelled of doughnuts and cake.

“We are from the future” my father explained. “about seven-hundred years from now.”

“It's the Black Death,” Mr. Worthington answered in a worried voice.

Greg thought he wouldn’t have to worry, and then he remembered. 1348. There was no cure for the plague back then. He went outside to see what was happening, and it was horrifying. The sick lying on the streets to die, priests on their knees, and bird-beaked masked physicians in black robes carrying the suffering victims away.

As Greg and his dad were walking back to the estate, some air blew onto Greg’s bare knee below his Under Armor shorts. He glanced back to see an older fat man coughing. No big deal, Greg told himself as he walked back into the house, feeling oddly disturbed. That night, he couldn’t sleep.

The next day, Greg woke up to the sounds of ringing church bells. He started to feel a little queasy and couldn’t get out of bed. In the afternoon after lunch, his dad knocked on the door. “Greg, get up, you’ve been sleeping all morning.” 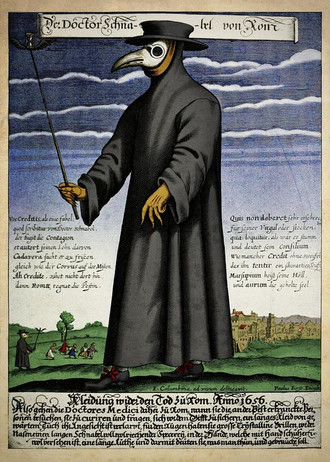 “I feel kind of sick.” Greg mumbled. His father's face turned pale. Greg looked at his fingers and gasped. His fingers were turning black! “AAAAAAAHHHHHHHHH,” he screamed. He was sure he was infected with the Bubonic plague.

“I think has the Black Death” Richard answered worriedly. Suddenly, someone burst through the long hallway and knocked Greg so hard he fell on the colorful Anatolia rug. Then the mysterious figure jumped out the window. Greg yelled and as items from his jacket pocket flew out, something small and hard popped into the back of his open throat. It tasted terrible.

Greg sent his family away and started to rest again. As the hours went by, he began to feel much better. His hands even turned back to their normal color, and when his dad returned to check on him, Greg chirped, “Dad,” I’m all better!”

His dad smiled, “I’m sooooo glad to hear!” He embraced Greg so hard that he thought his bones might be crushed.

The small pill that popped into Greg's mouth during his fall to the floor was an antibiotic gel capsule he had picked up before stepping into the time machine. His father shared the formula with the medieval alchemists before they decided to step into the time machine for the return home.