Are These Ice Age Animals? 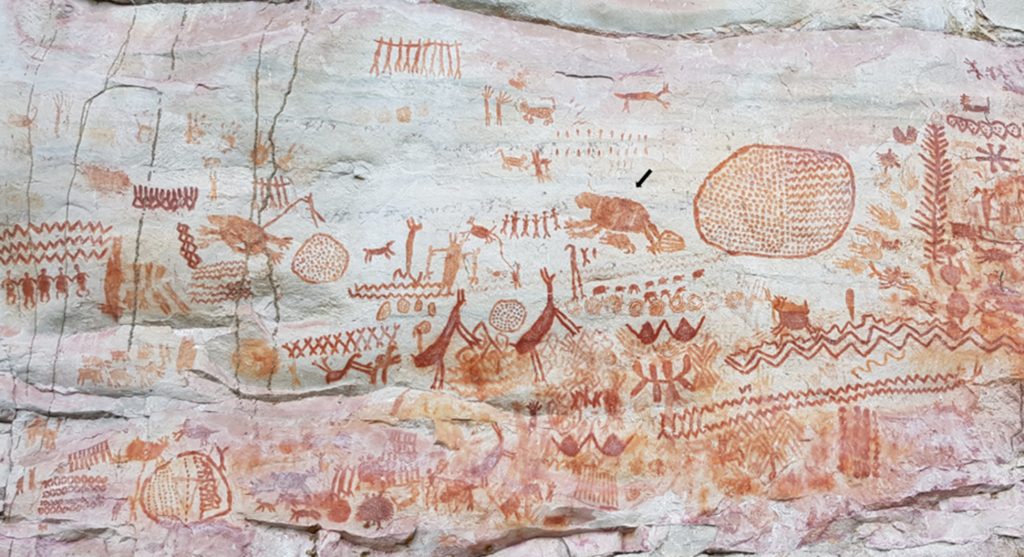 Scientists might have just made a revolutionary discovery that could change what we know about Ice Age animals!

In a new study, scientists suggest that prehistoric cave paintings in Colombia depict now-extinct animals from thousands of years ago. These paintings cover the Cerro Azul rock, which lies in the Serranía de la Lindos, a region of the Amazon rainforest.

To prove this theory, fragments of the sediment beneath the paintings were tested. It turns out that the rock indeed dates back to 12,600 years ago! Some of the animals on the rock are giant ground sloths, Gomphotheres (elephant-like animals with four tusks), Pleistocene horses (stout-legged horses), and members of the Litopterna family (three-toed mammals).

While the sediment tests present strong evidence, the pigment used in the paintings has not yet been dated. Generally, mineral pigments are complicated to date because the pigment does not contain any carbon, which is needed in radiocarbon dating techniques for accurate results.

There are some who believe that the drawings were recently produced because the rock is very well preserved despite its surroundings and conditions. Could the animals be capybaras or modern-day horses brought to South America by Europeans in the 1500s?

As scientists continue their research, it may just be a matter of time before we have definitive results!