A Blanket For A Glacier! 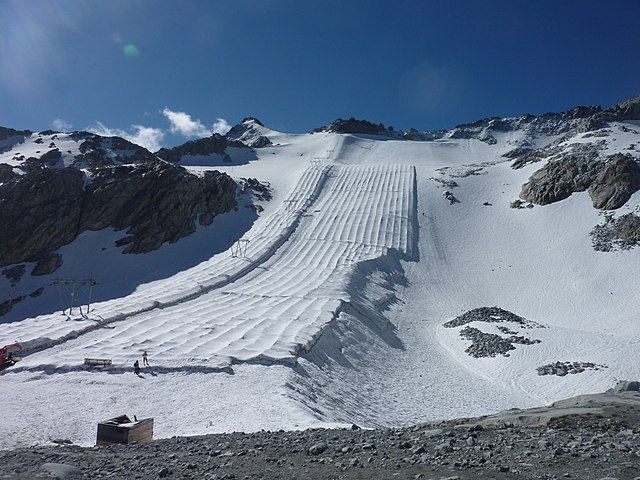 Over the summer, one Swedish glacier was kept snug with blankets!

As global temperatures rise, the world’s glaciers have become especially susceptible. Sweden’s own Kebnekaise mountain-top glacier has lost a staggering two meters over the past year. Some countries are now trying novel measures to counter glacier melting.

In northern Sweden, organizers of a private initiative conducted an informal experiment to see if blankets could reduce glacier ice loss. The initiative was launched by Oskar Kihlborg, an avid adventurer, and Erik Huss, a communication consultant schooled in glaciology (the scientific study of glaciers). Huss hypothesized that covering glaciers could help reflect more of the sun’s warming rays into the atmosphere.

The organizers used special biodegradable sheets to cover parts of the Helags glacier. These sheets, made from corn starch and wool, were placed over an area of 40 square meters. The organizers observed the glacier over the summer months and found that the sheets prevented 3.5 to 4 square meters from melting!

The initiative is the first of its kind in Sweden, but similar methods have been employed in Italy. For every year since 2008, the Presena glacier has been draped with special cloth strips.

The organizers hope to collaborate with glaciology researchers and recreate their experiments on a larger scale. They are currently working with their cloth producer to make the sheets thinner and less heavy.

To minimize their own carbon emissions, the organizers transported the sheets by hand. Making the material less weighty could help facilitate efforts over larger glacier areas.