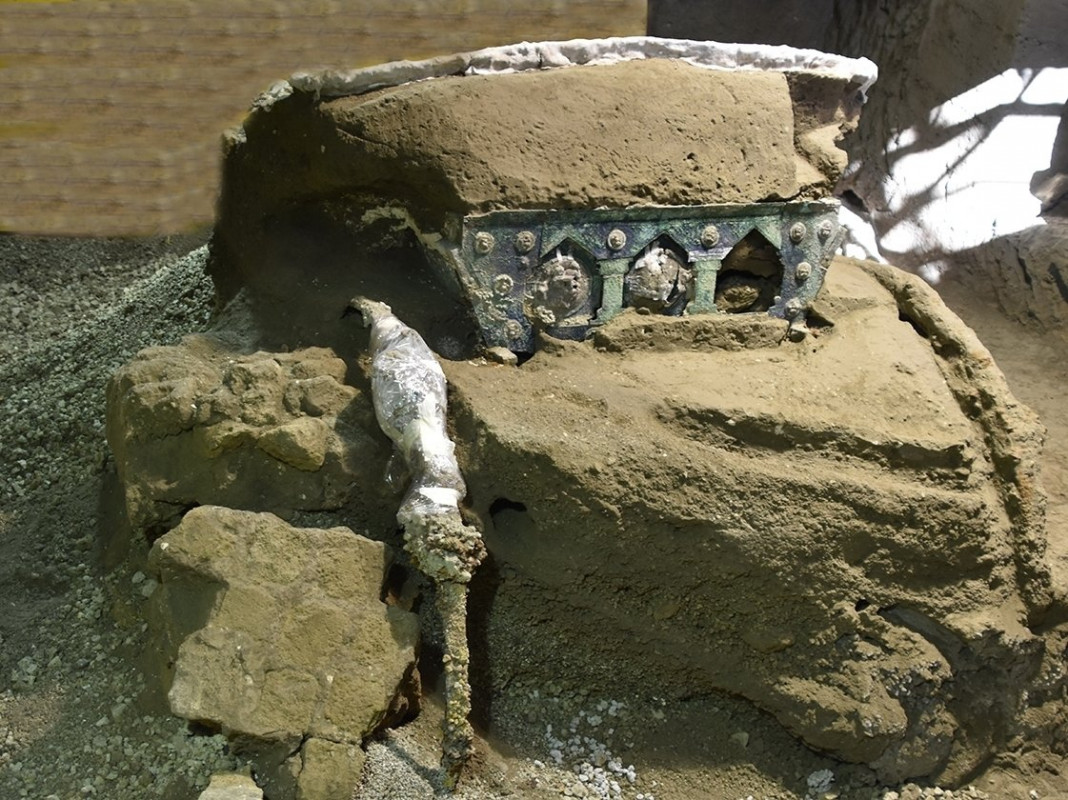 When Mount Vesuvius erupted in 79 A.D, it buried the Ancient Roman city of Pompeii. This eruption killed between 2,000 and 15,000 people.

Under a thick layer of ashes, archaeologists were delighted to find that Pompeii was almost intact. It has been an architect’s dream and has brought up so many amazing new discoveries over the years and given us a glimpse into life in ancient times.

Archaeologists have made yet another new discovery in Pompeii. A perfectly preserved chariot was uncovered in the ancient villa at Civita Giuliana, near Pompeii. This is not just any chariot, it is a ceremonial chariot, used for special occasions such as parades and processions. Many functional chariots used for transport or work have been discovered so far, but this chariot is the first of its kind.

The chariot miraculously was not damaged by any infrastructure like walls or ceilings that collapsed during the eruption. It was also spared from looters that dug tunnels through the site in attempts to find valuables.

The chariot was preserved in pristine condition with all four iron wheels, metal armrests, and backrests as well as metal medallion decorations. The medallions depicted cupid, nymphs, and satyrs. Eric Poehler, a professor at the University of Massachusetts Amherst commented, “I was astounded, many of the vehicles I’d written about before...are your standard station wagon or vehicle for taking the kids to soccer. This is a Lamborghini. This is an outright fancy, fancy car.”