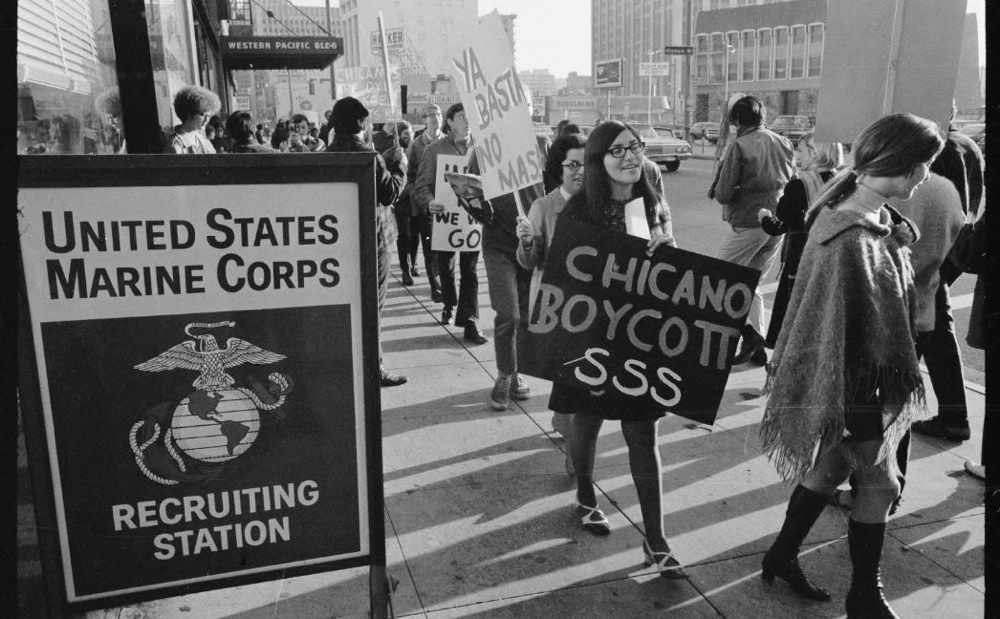 Protests aren’t new— they’ve been used throughout history to challenge injustices of the time.

Recently, hundreds of demonstrators marched peacefully through East Los Angeles on Saturday, August 29 to commemorate the 50th anniversary of the Chicano Moratorium. This was the largest Mexican American demonstration up until then that protested the Vietnam War and its higher death toll for Mexican American soldiers.

While the protest was intended to be peaceful, police later arrived at the scene with clubs and tear gas, arresting about 200 protestors. Three people were killed, including Ruben Salazar, America’s most prominent Latino journalist at the time.

In the recent march, around 50 people from the Brown Berets (a pro-Chicano group active since the Chicano Movement) helped direct the protestors, while Aztec dancing groups, celebrating indigenous American culture, led the way. The 2.5-mile route started at Atlantic Park and ended at Salazar Park, which was renamed after the Chicano Moratorium.

Aside from commemorating the Chicano Moratorium, the protest also highlighted the very same racial inequality that plagued the country 50 years ago. The Latinx community has been hit hard by COVID-19 and has faced higher death rates. Protestors also spoke out against police brutality in light of the deaths of George Floyd and others.

The continuation of such wrongs just makes it all the more important to challenge these issues. From the recent demonstration to the 50-year-old Chicano Moratorium, people will always fight for justice.