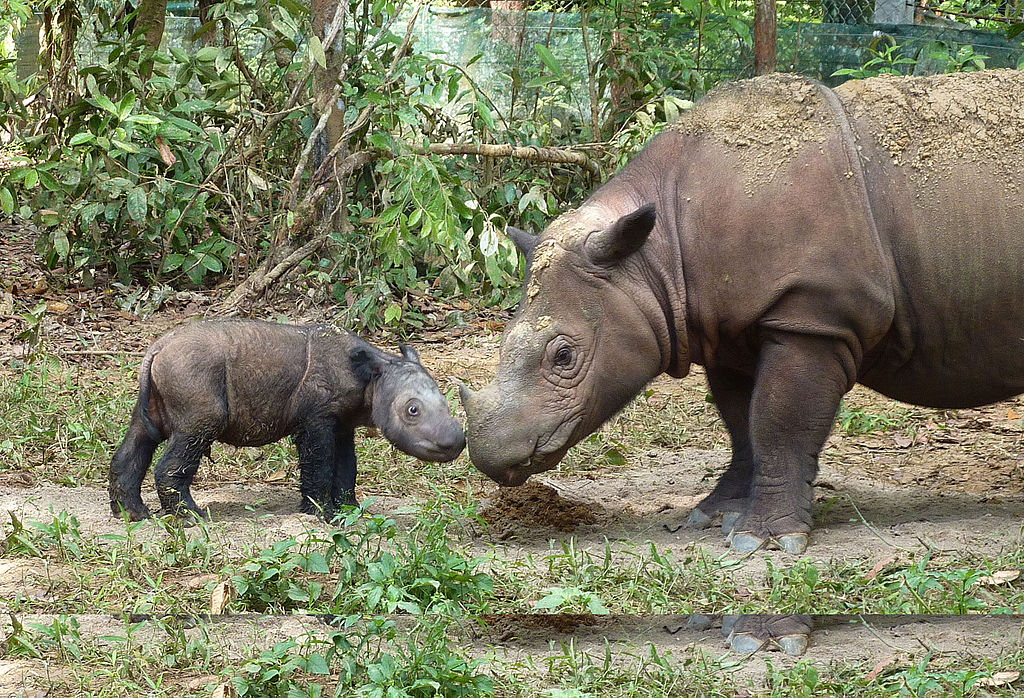 The World Wildlife Fund has listed the Sumatran rhino as critically endangered. The species is at the brink of extinction as their numbers ever-dwindle.

The Sumatran rhinos (Dicerorhinas Sumatrensis) are the smallest of the rhino families. Unlike other rhinos, they have two horns and a unique red-brown hide with coarse, dark hair. Other than to mate, these herbivores live in solitude, deep in South Asian rainforests. While the rhinos were once a common sight, deforestation, illegal poaching, and global warming caused their population to plummet. Fewer than 80 still remain in Indonesia.

Malaysia was also once home to the Sumatran rhinos, but by May, the country lost its last male Sumatran rhino, Tam (we had written here). Previous attempts at breeding him with the female rhino Iman were unsuccessful due. Not only did Iman have a fertility problem, but the rhinos were also naturally territorial.

With the recent passing of Iman on November 23, the Sumatran rhinos are now extinct in Malaysia. Though reports state that she suffered from cancer, her handlers confirm that she died from old age (Sumatran rhinos live from 20 to 30 years, and Iman was 25).

Indonesia and international zoos will continue breeding these endangered mammals. With more funding and scientific support, scientists hope that the breeding programs will lead to new Sumatran rhino babies.