Have You Seen A Blue Lobster? 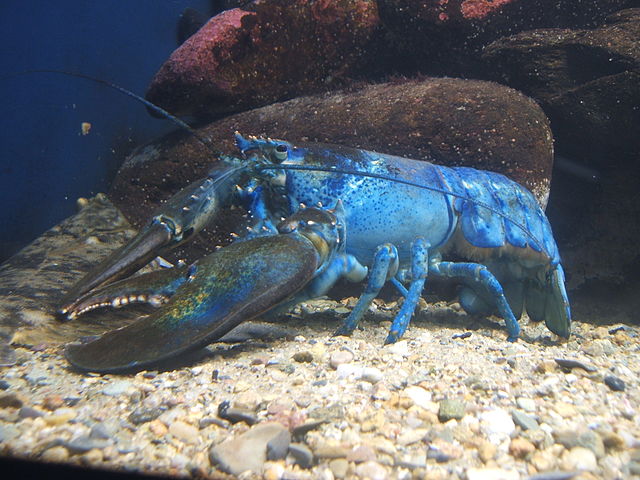 We are all familiar with the muddy brown coloring that lobsters have.

However, recently, a fisherman caught a blue lobster and delivered it to a restaurant in Cuyahoga Falls, Ohio.

Lora Jones, a Red Lobster restaurant’s staff, discovered the blue lobster mixed with brown ones in the pack. The office informed the Akron Zoo who decided to take care of the lobster.

The restaurant staff named the rare crustacean after the restaurant’s mascot—Clawde, and helped relocate it. Interestingly, the blue lobster was found to be a female and now goes by the name Clawdia!

First, let's understand what makes a lobster brown. The brown color is made up of three combined coats: the yellow outer shell, the blue on the shell’s bottom, and the red skin.

The red skin color is from a pigment in plants that lobsters eat called astaxanthin. Normal brown lobsters make a protein that changes the pigment’s color at each shell layer, creating the color coats that you see. Blue lobsters, however, produce an excessive amount of a certain protein which causes the genetic anomaly.

This phenomenon is only seen in one in two million lobsters. Furthermore, fishermen only have one in two-hundred million chances of capturing this rare creature, which makes it even more precious!

However, the different shell colors do not affect the taste of the meat. All lobsters turn red since the blue and yellow proteins cannot withstand the heat. But Clawdia is a lucky crustacean who will not be ending on any plate!