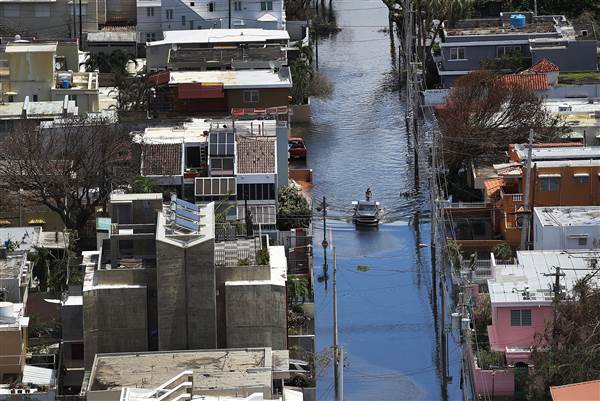 Imagine having your home destroyed, being separated from your family, and having little to no form of communication, power, or running water for possibly months.

This is the situation that residents of the island of Puerto Rico, a small United States territory near the Caribbean, are in. Puerto Rico was hit by Hurricane Maria, a Category 5, on September 18. The storm brought 175 mph (miles per hour) winds and pounding rain. The hurricane tore through Puerto Rico and the surrounding islands, leaving at least twenty-seven dead and millions homeless. Families are still searching for loved ones in the wake of the disaster.

Recovering from such a tremendous hardship will be difficult, however, there are already steps being taken towards recovery. A variety of international nonprofit organizations such as the Global Giving Foundation, are planning on collecting money, donations, and volunteers to temporarily aid Puerto Rico residents. Politicians, such as New York governor Andrew Cuomo, are visiting the area to raise awareness. The United States Congress is also providing aid, such as tax breaks, Medicaid funding, and disaster relief packages to the residents of Puerto Rico.

The storm is now moving through the waters near North Carolina, which is under a mandatory evacuation order. Still, there's no need to be alarmed as this is just a precaution. The U.S. National Hurricane Center expects that the storm will have moved far east of the United States by the middle of the week.

What Can You Do?

Congress alotted quite a bit of money to the relief effort for Hurricane Harvey and Irma. However, this storm has not recieved nearly as much media attention. There are still plenty of ways that you can help out.

Wherever you are, there is a way for you to get involved in helping Puerto Rico recover.