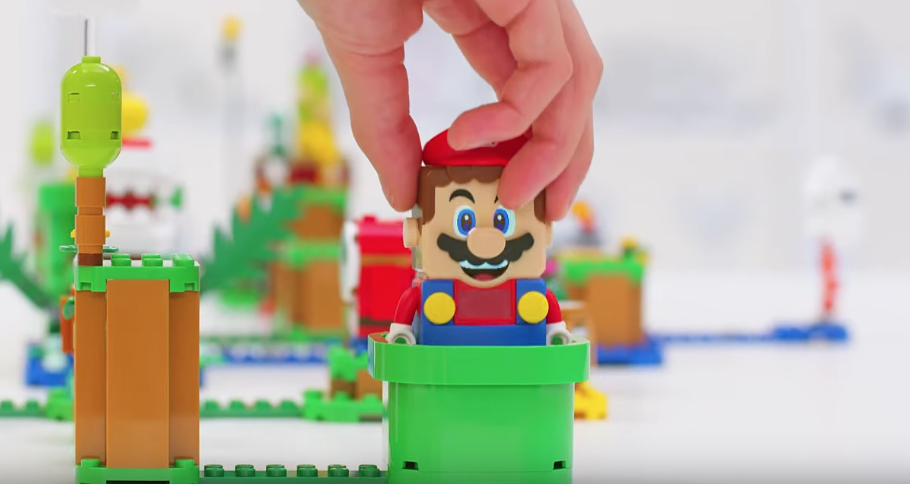 Many people just can’t choose between video games, board games, and building! If you love all types of fun, then the newest collaboration in the toy space is perfect for you.

Lego and Nintendo recently teamed up to create a Lego Super Mario Set. The bricks form a traditional Mario world with an exciting twistー they are electronic bricks! The new set brings the Nintendo video game live into the hands of the players.

Players can build their own courses with parts like goombas, coin blocks, warp pips, the finish flag, and more characters for larger sets.

The game is super interactive because players move Mario along their courses and engage as he responds to his world. For example, Lego Mario can react as he collects points and encounters different blocks.

Lego and Nintendo have included electronics such as LED displays in Mario’s eyes and chest, a speaker for music and sound effects, sensors for seeing color and movement, and possibly magnet activation in other important “action bricks.” The Lego Super Mario app connects Mario to a smartphone with Bluetooth while recording scores and suggesting new worlds for players to build.

This new product is interesting because it combines the styles of building your own world and playing in one. Like Takashi Tezuka, the executive officer and game producer of Nintendo explained, "The new product we created together with the Lego Group seeks to combine two different styles of play—one where you freely build the world of Mario and the other where you play with Mario in the very world that you have created."

For kids who love designing with creativity and video game action, the Lego Super Mario Set partnership presents a modern design for toys in our diverse world.