Mice Fight In A Winning Picture! 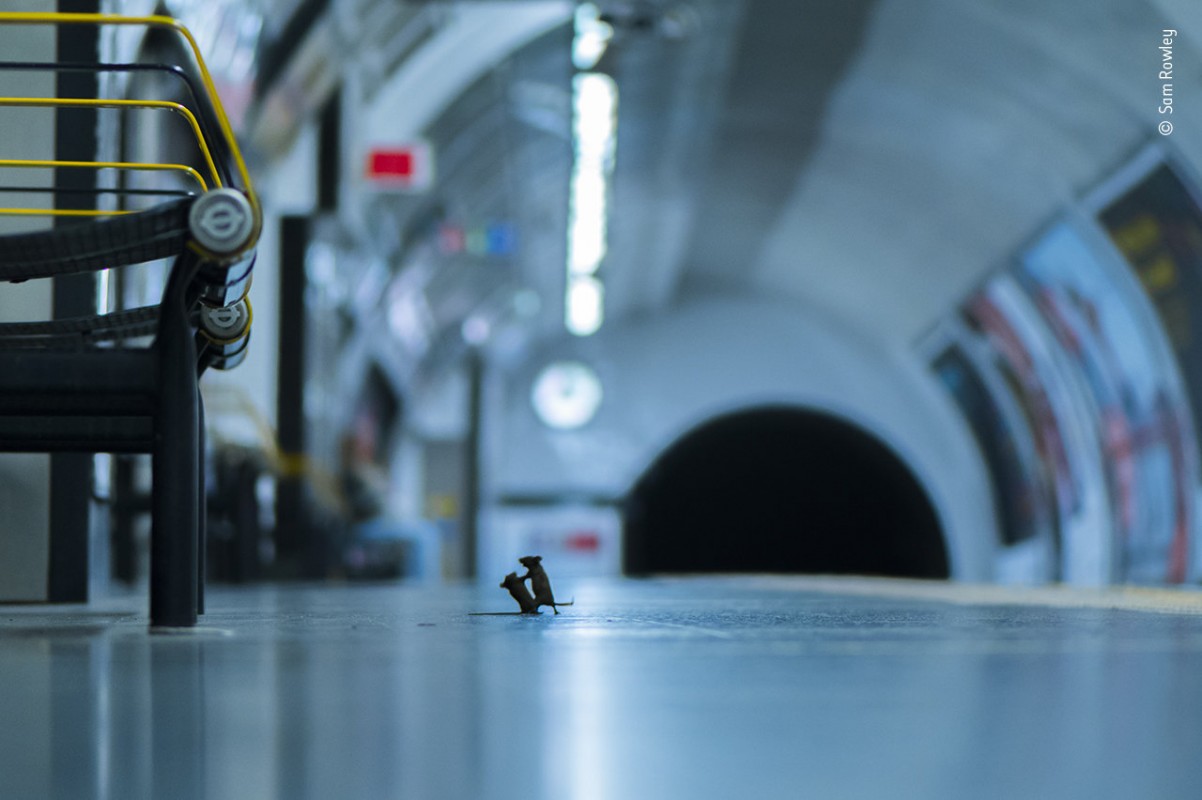 We have seen people fight people, but never has the world seen a mouse fight another mouse..until now.

Sam Rowley is a Bristol-based wildlife filmmaker and photographer. He is also the winner of the People's Choice Award at the Wildlife Photographer of the Year competition held by the Natural History Museum. He won this award for taking a picture of two mice fighting over crumb in the London Underground Station.

Each year, wildlife photographers across the world turn in entries to an international jury of photography experts. The primary aim of the contest is to challenge the stereotypes of the natural world and promote the conservation of nature.

The contest has two divisions: adult and young, each with multiple categories under which photographers can submit their images.

How did he take the picture?

Taking a picture in the underground platform was highly difficult for Rowley since the mice he was trying to capture ran for cover at the sound of a train. He laid down on his belly day after day for five nights to get the perfect image and the fight that he captured lasted only a second.

The image is titled, “Station Squabble” and in the process of taking it, he pondered the darkness in which the mice lived. This image, he hopes, is a new way to see mice in one of the busiest cities of the world.

Rowley has not revealed the station in which he took this photo, and does not plan to do so in the future. He says that's a “photographers secret.”