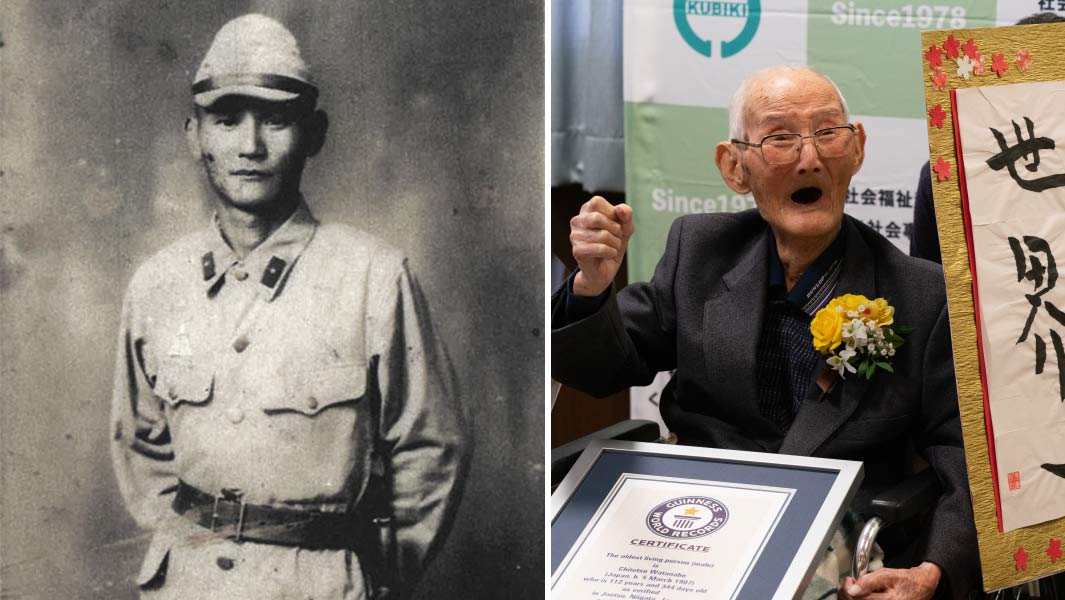 Chitetsu Watanabe, a man from Niigata, Japan was recently named the oldest man alive by the Guinness World Records.

He is currently 112 years old and 344 days as of when he was honored with the title. He was born on March 5th, 1907 as the first of eight children.

When asked about the secret to living such a long life, he answered, “not to get angry and keep a smile on your face.” Chitetsu does not let his age limit him. He exercises daily and keeps his mind sharp by making origami, calligraphy and math exercises. He is also the father of 5 children and believes being surrounded by family helped him keep a smile on his face all through these years.

Chitetsu graduated from agriculture school and proceeded to live in Taiwan for 18 years. He then served in the military till 1944 and worked at an agricultural office till his retirement.