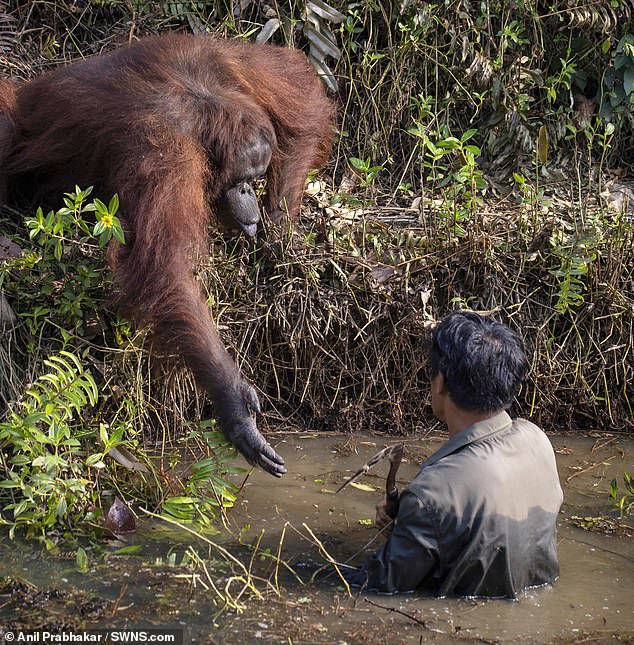 Orangutans, translated into English as “person of the forest,” are one of the most endangered apes in the world.

The main threats to the orangutan population are loss of habitat through deforestation, palm oil plantations, poaching and illegal pet trade. Around 2000 to 3000 orangutans are killed each year.

Orangutans are the only species of great apes from Asia. The other great apes- including gorillas, bonobos, and chimpanzees- all come from Africa. Orangutans only reside in the Southeast Asian Islands of Sumatra and Borneo.

Recently from Borneo, a video clip went viral of a wild Orangutan reaching its arm out to help a man in snake-infested waters.

This moment was captured by Anil Prabhakar who happened to come upon the emotional scene while on a safari with friends. The warden was in the muddy waters to clear the venomous snakes -one of the orangutan’s biggest predators- in the area.

Despite the orangutan’s thoughtful gesture, the warden moved away and climbed out of the waters by himself. This decision was made by the warden since he knew that orangutans are wild animals and although this particular orangutan seemed harmless, wild animals are still unpredictable.

Isn't it amazing to see this touching scene between man and animal!