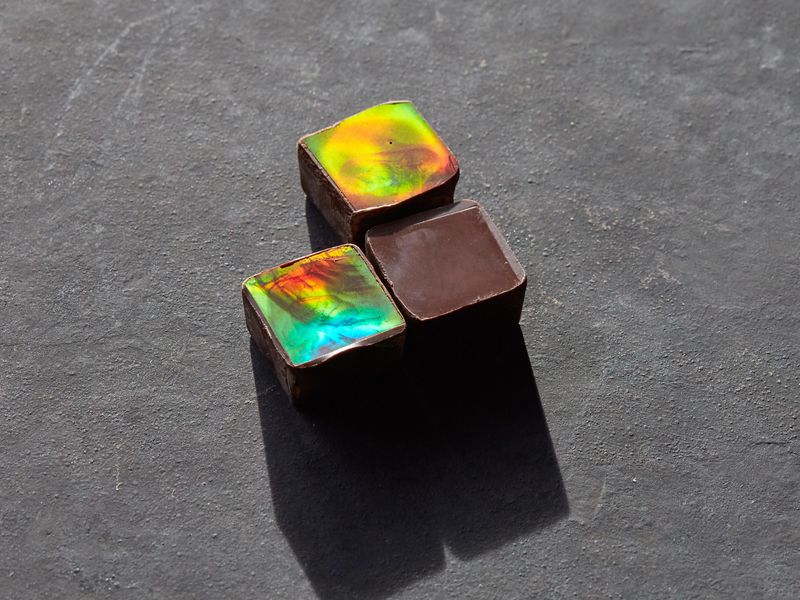 The chocolate is actually iridescent, which causes a rainbow effect in certain light. However, Kamkar is not a chef or baker like most would expect. Instead, he is the founder and CEO of an internet security company and loves experimenting with food in his free time.

Kamkar got his inspiration from a maker meetup in Los Angeles where he saw an iridescent effect on black plastic and had the idea to do the same thing on chocolate. Consumers find this hard to believe, but there is no coating or added ingredients. It’s the surface of the chocolate that causes the rainbow effect!

Kamkar started by using a 3D printer to create a mold with a saw-tooth pattern for the chocolate. He then tempered the chocolate and poured it into the mold. Next, Kamkar pressurized the chocolate in a vacuum chamber to prevent air bubbles from forming, but he said this step might not be necessary. He put it in the freezer and after a few hours, it was done and iridescent!

Pretty cool, isn't it? What do you think of rainbow chocolate...