A Spectacular Shot Of Jupiter 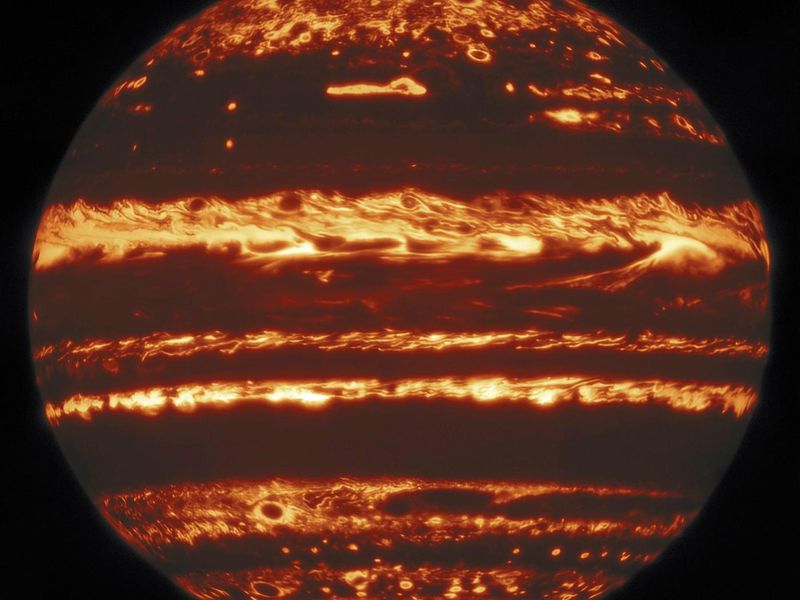 Taking pictures of the night sky isn’t the easiest thing to do, especially if you want just one clear and close-up image.

So what’s a solution to this? Take hundreds, if not thousands of pictures of your target in the sky. Scientists use this technique called lucky imaging, and despite its name, it is not just pure luck.

When images are taken from telescopes on the ground, they are mostly blurred by Earth’s atmosphere. No matter how powerful the telescope is, the natural diffraction caused by particles in the air makes it difficult to focus and capture a clear image of the sky.

To overcome the diffraction, astronomers commonly use a process called “lucky imaging.” Over 50,000 or so images, also known as exposures, are taken within a few seconds. In this huge number of images taken within a few milliseconds, there will at least be several images that are much higher quality than the others.

Astronomers take these sharper images or parts of the images and combine them to make one sharper image. The result is a clearer image of the stars and planets in the sky.

The Gemini North telescope in Hawaii took hundreds of photos of Jupiter. Using lucky imaging, researchers were able to piece together an impressive infrared image of Jupiter.

The image allowed them to see what is beyond the cloudy layer on the surface of the planet. In particular, the Great Red Spot, the most well-known feature of the largest planet in the Solar System, is a gap in the stormy surface. With the help of the Hubble Space Telescope and techniques like lucky imaging, researchers will continue to observe Jupiter’s weather systems.