The Tomb Of Romulus? 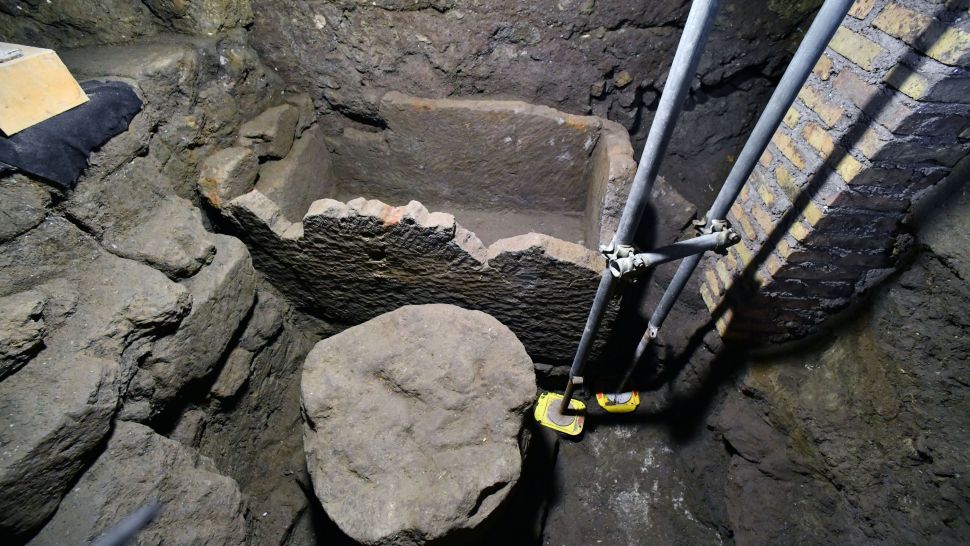 Is this the tomb of Romulus, the mythical founder of Rome?

Recently, archeologists in Rome discovered a tomb underneath the Forum -- a plaza with ruins of ancient buildings. The Forum is believed to have been the center of ancient Rome.

The tomb has an altar dedicated to Romulus. However, the sarcophagus (coffin) inside the tomb is empty. This raises the question of whether or not it really belonged to Romulus. Some historians even argue that Romulus and Remus did not exist and that the tomb was just a place where Romulus was celebrated.

The Legend of Romulus and Remus

Romulus was said to have lived in the eighth-century B.C.E. According to legend, the twins Romulus and Remus were born to Rhea Silvia, a high priestess, and daughter of Nimitor, the ruler of Alba Longa. King Nimitor was overthrown by his younger brother, Amulius, who ordered the twins killed.

The babies were placed in a basket and floated down the Tiber River. They were discovered by a she-wolf and later adopted by a shepherd and his wife. The twins grew up to become powerful and eventually killed King Amulius. The brothers argued over which hill to build their capital city on. When Romulus built a wall around Palentine Hill, Remus jumped over it to mock the fragility of the wall. For this act of disrespect, Romulus killed Remus. With Remus dead, he continued to create a city and named it after himself - Rome.

The tomb will now undergo thorough investigation for more answers.

Do you believe in the legend of Romulus and Remus?