A Wild Fight In Thailand 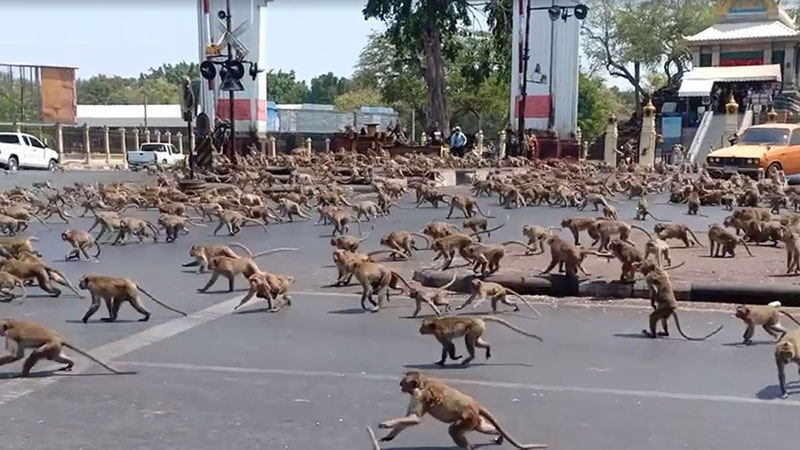 Two groups furiously battled over territory and over a much prized possession.

However, these weren’t groups of people fighting -- they were gangs of monkeys!

What caused this rare scene?

Normally, monkeys in Thailand depend on food left behind by tourists. Travelers and city residents leave food for temple monkeys as a tradition. The city even holds a Monkey Buffet Festival annually where people create fruit and vegetable towers for them.

Unfortunately, the coronavirus has forced countries like Thailand to cut off travel with China. Tourism, a major part of Thailand’s economy, has declined because the country really depends on Chinese tourists. In fact, the amount of tourists is expected to drop from 39.8 million tourists in 2019 to only 30 million visitors this year.

The sudden decline in tourism has left monkeys desperate and hungry, especially temple monkeys who are used to seeing food in plain sight for them at the temple.

This wild event shows us how human activity impacts nature and urbanized animals.