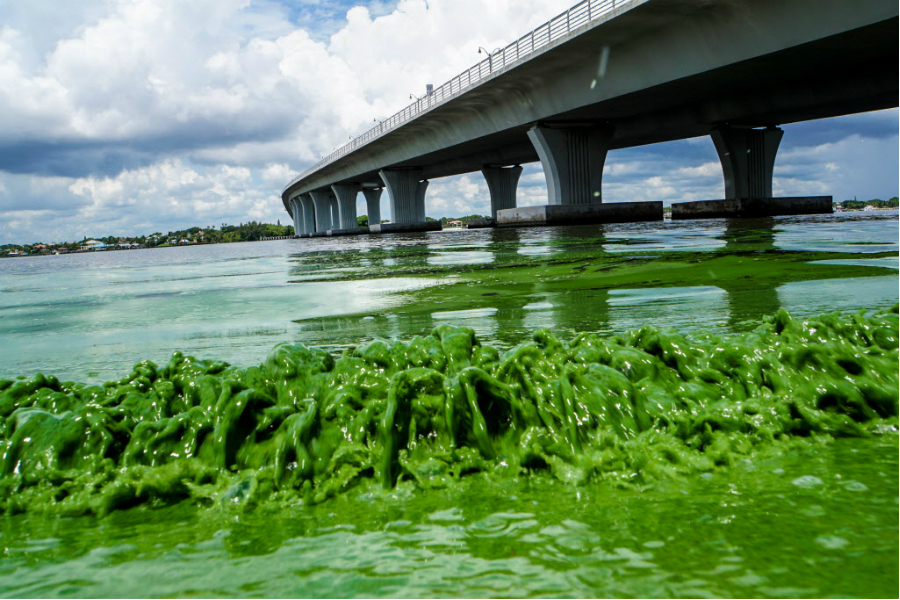 An algal bloom in Florida put the state in emergency back in July.

Why would such a trivial event such as an algal bloom cause so much panic? These algae tested positive for harmful, even fatal toxins to humans, plants, and animals. If ingested, they could cause nausea, vomiting, rashes, and hay fever.

What Is An Algal Bloom

An algal bloom is the rapid growth of algae or other bacteria in the water. Algal blooms are usually caused by nutrients such as phosphorus and nitrogen in the water.

This is how the Florida algal bloom happened: millions of gallons of polluted water from Lake Okeechobee, the largest freshwater body in the state, were discharged into nearby rivers and beaches to avoid flooding.

This water contained an excess of nutrients that caused the algae to grow. After about a month of overfeeding, the algae turned into a harmful algal bloom. Florida’s warm, moist climate also allows the algae to flourish.

Senator Marco Rubio of Florida declared an emergency on July 1, 2016. Several beaches in Florida were closed. Although some of these beaches have reopened, citizens of Florida have been asked to avoid the blue-green algae.

To contain this HAB, Florida has been taking extreme measures. After months of pumping billions of gallons of water out of Lake Okeechobee, Florida has decided to drain less water from the lake into rivers. Many people blame this algal bloom on the government not funding the repair of a 70-year-old dike.

The government has also allotted three million dollars for emergency measures such as developing other drainage methods. They will buy more farmland south of Lake Okeechobee that could be used to store the water that is getting drained into rivers and oceans. To get the toxic algae that are already there out, they will have to clean the rivers and beaches and move the contaminated water south.

Florida will need to implement both long-term and short-term solutions, as one or the other will not permanently remove algal blooms. It is harming many species of animals, plants, and humans and has put Florida in a state of emergency. While these solutions are being prepared, there is fear that the algal blooms could spiral out of control and clog the waterways in Florida.

If the solutions presented are executed, it will be a step in the right direction.

It's all very interesting and I hope we can change our ways and save the planet by using algae that is in abundance and not someting that is in short supply of.