Billions of Cicadas To Emerge Soon! 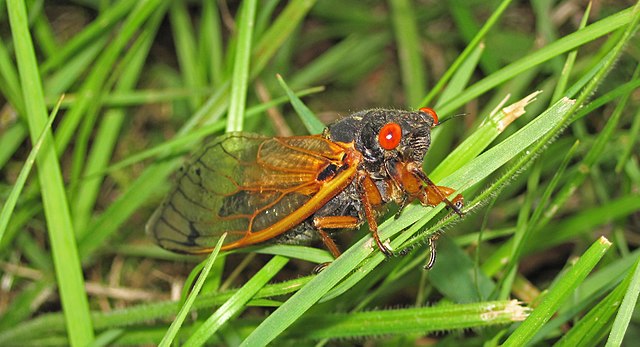 In the spring of 2004, NPR journalist Peter Breslow recorded the chatter of newly-emerged cicadas and the delighted screams of his 4-year-old twin daughters, playing in their backyard splash pool.

Now, 17 years later, his daughters are 21-years-old, and the cicadas are returning again!

The Brood X cicadas will be emerging from the ground in 18 Eastern US states. Their exact timing is likely to vary across states, though the Mid-Atlantic region will expect to see cicadas appear around the third week of May.

Often confused with grasshoppers or crickets, periodical cicadas are well-known for their intriguing life cycle. The majority of their lives are spent unseen beneath the ground. They emerge in large numbers to mate and perish soon after. 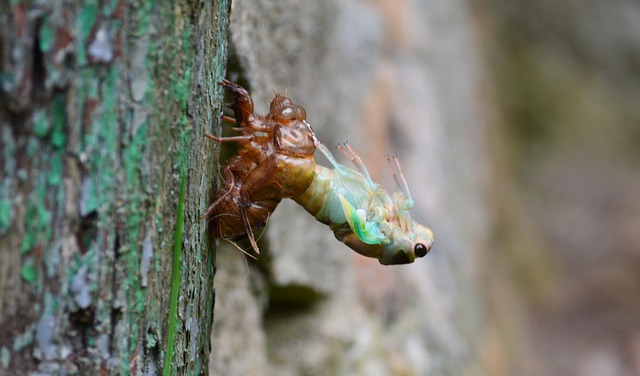 Depending on the species, the insects take 13 or 17 years to mature. During this time, the juvenile nymphs feed on the sap of plant or tree roots. They shed their exoskeletons five times in a process called molting.

The nymphs are able to keep track of the years through the trickle of plant sap and the temperature of the soil around them.

When spring begins and the soil is around 17 degrees Celsius (64 degrees Fahrenheit), the mature nymphs scramble out of the ground and cling to the nearest vertical surface -- usually the tree whose roots they’ve been living around. The nymphs then shed their exoskeletons, becoming red-eyed, winged adults.

For the first few days, the cicadas wait for their delicate wings to harden, as their milky white bodies turn striking black. Once they are fully matured, the cicadas take flight, with male insects eagerly thrumming their tymbals -- the sound-producing membranes located just behind their wings. Each species of cicada has a unique “voice”, and can be as noisy as a lawnmower or a motorcycle (90-100 decibels)!

Once these insectile singers have found lucky mates, female cicadas lay their eggs along tree branches. This culminates their life cycle and they perish soon after. As for the new generation of cicadas, after six to ten weeks, the eggs hatch minuscule nymphs. They fall from the trees and burrow into the ground, beginning the cycle anew.

Brood X: What to Expect 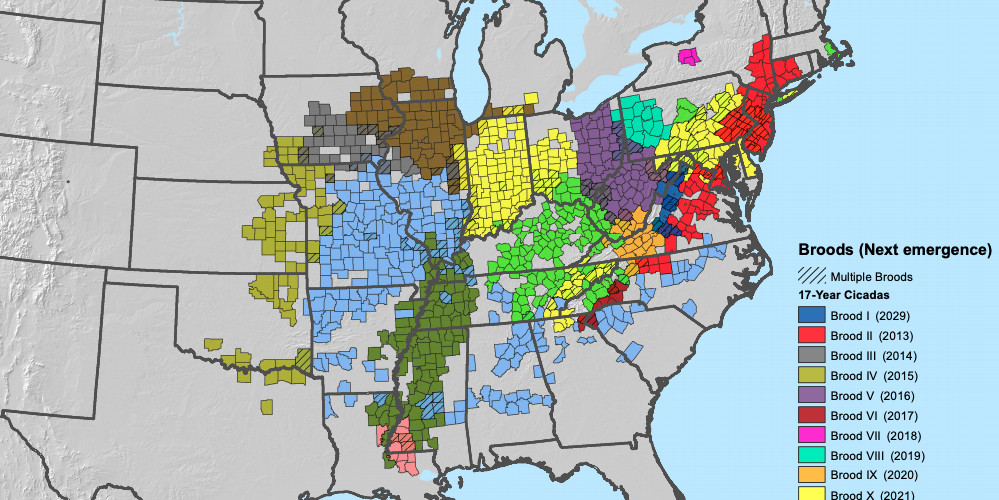 While the upcoming swarm of cicadas may seem apocalyptic, these insects are awkward and mostly harmless creatures. Because they feed on plants, cicadas may injure small trees and shrubs, but they do not otherwise pose any risks of biting or stinging humans.

Nevertheless, if you stand still enough, newly emerged nymphs may choose you as a suitable vertical landing surface!

Cicadas are also edible, leading many to prepare their cookbook recipes. Though cicadas may not be the crunchy snack for everyone, you can still enjoy their loud buzzing symphony in the treetops. You can even participate in the fun by reporting Brood X sightings on websites like iNaturalist.org or Cicada Mania, or on the app Cicada Safari.