Diego the Tortoise Has Retired! 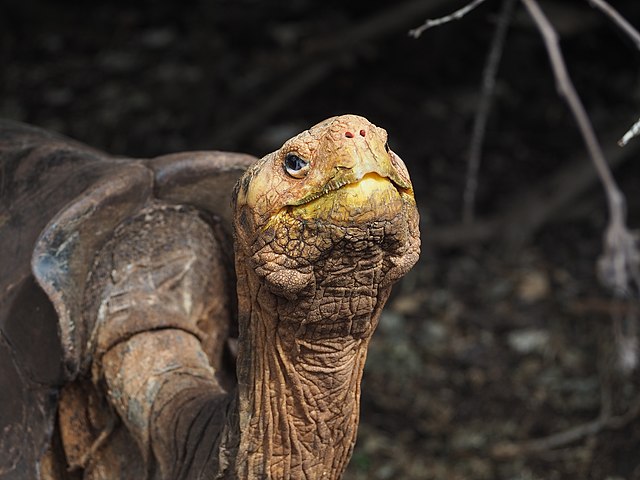 Not all superheroes wear capes. Instead, Diego the Tortoise sports his mighty shell. But cape or no cape, he still managed to save his entire species from extinction!

Diego is a Hood Island giant tortoise who, beginning in 1976, fathered roughly 900 tortoise babies as part of a breeding program to save his species. At the time, there were only 15 known Hood Island tortoises left. Because of Diego’s efforts, that number is now more than 2000 in the wild.

After spending decades in the breeding program, Diego retired in June 2020 and has been released back into the wild, where he can live out the rest of his days.

Diego the Tortoise: A Short Biography

Diego is believed to have been born sometime before 1920 on Espanola Island, one of the Galapagos Islands in Ecuador, making him over 100 years old!

Hood Island giant tortoises, a subset of Galapagos tortoises, are one of the smallest among the species, despite their names. They’re known for their black-colored shells and feisty demeanors.

Throughout the 1800s, Hood Island tortoises were used extensively in whaling efforts, causing their species to nearly go extinct by 1850. By the time Diego was born, few were left in the wild, and mating practices were inhibited because of the distance between each tortoise.

For decades, Diego’s exact species was unknown. He was eventually captured and taken to the San Diego Zoo sometime in the 1940s, where he stayed for many years.

In the 1970s, researchers at the Charles Darwin Research Station, a program from the Charles Darwin Foundation dedicated to environmental education and conservation, started the breeding program to help save the Hood Island tortoise from extinction.

In 1976, DNA testing proved that Diego was, in fact, a Hood Island tortoise, and he was shipped off to Santa Cruz Island to participate in the program. There, he joined two other males and twelve female Hood Island tortoises who were brought together to breed.

Diego is estimated to have fathered roughly 40 percent of the current Hood Island tortoise population. Because of this, he has become a celebrity of the animal kingdom and is revered for his hard work.

After 44 years of working for the Charles Darwin Research Station, Diego is now retired. He and 15 other tortoises were released back into the wild, on Espanola Island, where Diego is thought to have hatched.

The Galapagos Islands are home to some of the world’s most beautiful and unique plants and animals. Because of the efforts from Diego and the researchers at the Charles Darwin Research Station, Hood Island tortoises will continue to be a part of this ecosystem for years to come.

Vicky July 8, 2020 - 10:15pm
This may sound a bit weird, but if he fathered about 40% of the populations, wouldn't there be something wrong if siblings happen to accidentally mate each other. Like wouldn't it affect their genetics?
smalltiger August 21, 2020 - 3:26am
But on the bright side he saved his entire species for extinction.
Deepa Gopal August 18, 2020 - 8:03am
Good question, Vicky. It would appear so, as there would be a loss of genetic diversity and a higher risk of mutations.

The Risks Of Tourists In Galapagos (15)