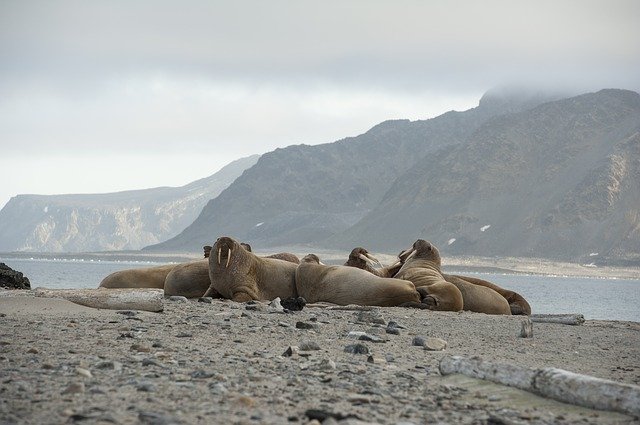 Do you want to participate in a worldwide game of Spot the Walrus?

The World Wildlife Fund (WWF) and the British Antarctic Survey (BAS) have launched the “Walrus From Space” research project.

The project will allow volunteers to spot and count walruses from a stream of high-definition satellite imagery. The project hopes to bring over 500,000 volunteers aboard and is set to run over the next four years.

Let’s take a closer look at walruses, and why spotting them is so crucial.

Walruses are marine mammals native to the polar Arctic. As pinnipeds, or fin-footed mammals, they are closely related to seals and sea lions.

These enormous animals weigh up to 1800 kg and are equipped with equally sizable tusks. Walruses use their tusks to open breathing holes in the ice, lever themselves onto ice floes, and fight other walruses. They hunt for snails, shrimp, and soft shell crabs in shallow waters, and return to ice floes to rest and care for their young. 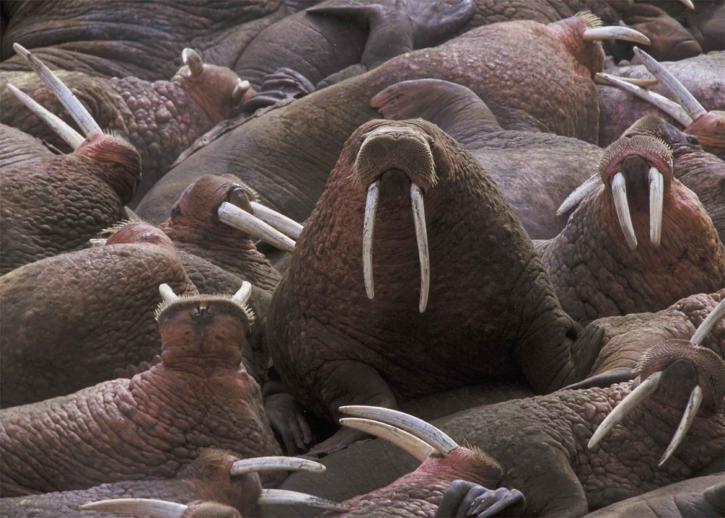 Walruses have become especially vulnerable to climate change. Global warming has contributed to the loss of sea ice, forcing walruses to rest on land. This has made it challenging for walruses to find food since they must now swim further to hunt. Their diet, too, has been threatened by the ocean’s increasing temperature and acidity levels.

As more walruses gather on land, beaches can become overcrowded. If spooked, walruses will rush towards the water, increasing the risk of dangerous stampedes. Walrus populations may also be disturbed by shipping traffic, as sea ice loss opens the Arctic to human activities.

All of these factors point to declines in walrus populations. This makes assessing populations, or counting walruses, more important than ever. Traditional methods are especially challenging, as walruses migrate with seasonal sea ice and are often hard to reach. Current estimates of the total walrus population stand at 30,000, and the scientists hope that the new research project will result in more accurate figures.

Anyone can register to join the project. In fact, young children from the Cub Scouts have been among the first enlisted to test the counting portal! Volunteers are first asked to eliminate satellite images that may not contain walruses. After that, they are then asked to tag each walrus they see with a red dot.

Satellite imagery may be limited by weather conditions and walrus movement. Scientists are tackling these factors with special population models, alongside advice from indigenous communities in the area.

Do you have what it takes to be a walrus spotter? Let’s pitch in to help these iconic creatures.