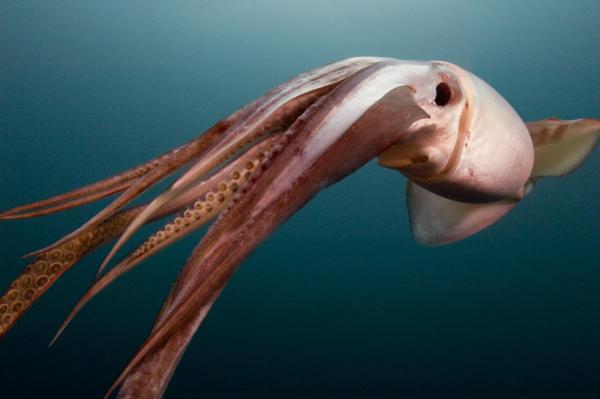 The deeper you go below the surface, the darker it gets. So, how do animals communicate with each other if it's too dark for them to barely see each other?

Past research has shown that some animals, such as whales and dolphins, communicate by emitting sound.

Bioluminescence is the ability of marine animals to produce light to lure prey, scare off predators, or catch other animals’ attention.

Cephalopods are marine animals known for having symmetrical bodies, prominent heads, and many arms. 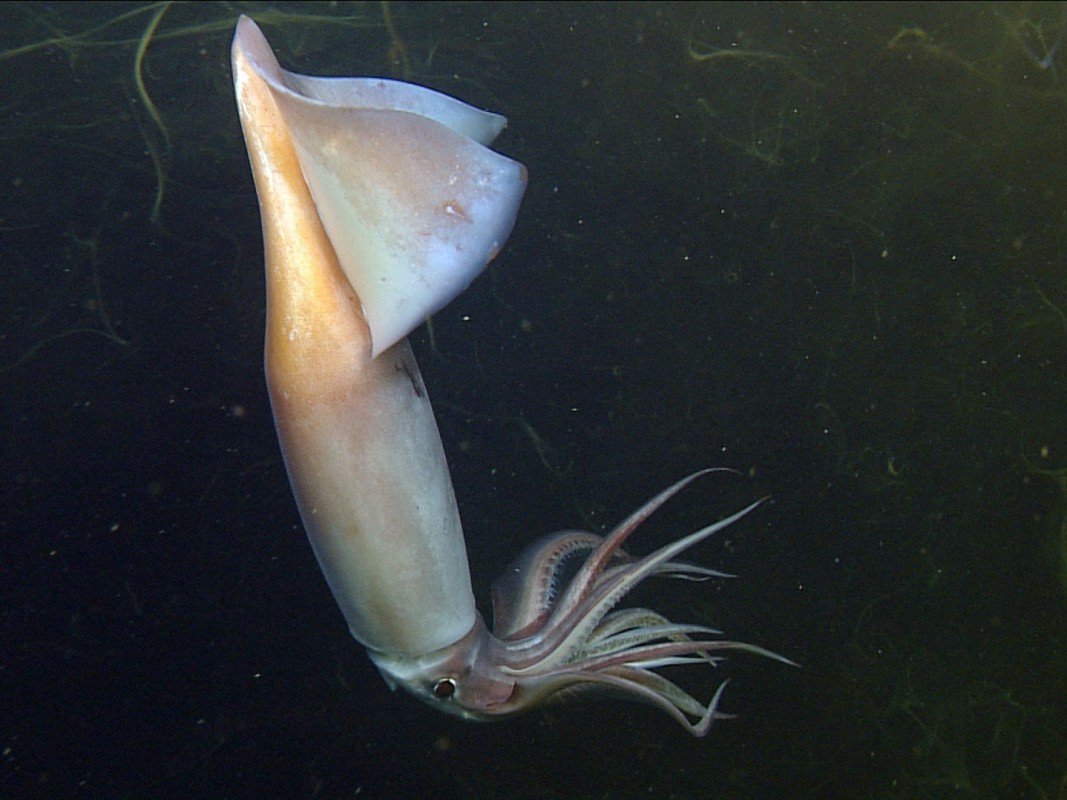 Scientists have separated cephalopods into two subclasses: Coleoidea, where octopi, squids, and cuttlefish reside, and Nautiloidea, which includes nautilus and allonautilus.

These organisms communicate using chromatophores. Chromatophores are pigment cells that allow their skin to expand and contract, resulting in their skin changing colors. Aside from cephalopods, fish, reptiles, and amphibians also have chromatophores.

What Makes The Humboldt Squid Unique?

Just like every other type of squid, the Humboldt squid has one large eye located on each side of its head, a long body, eight arms, and two tentacles.

They have chromatophores to help change the color and patterns on their skin. However, unlike other types of squids, Humboldt squids are able to use their bioluminescent organs -- also known as photophores, to create backlighting for the patterns they show. These photophores are embedded under their skin in their muscle tissues. 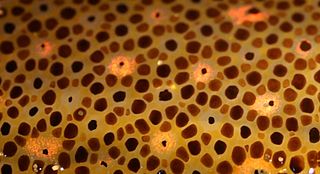 When Humboldt squids backlight their skin, they are basically layering chromatophores on top of photophores to illuminate patterns and light up. This is their way of communicating.

In fact, before this new research, it was thought that squids only produce bioluminescence to light up parts of their body to match with surrounding sunlight, or they produce it to attract small fish.

MBARI has even noticed that when Humboldt squids are feeding, they display a dark, illuminated pattern. This means they are claiming prey and telling other squids to back off!

Bioluminescence is quite common in the sea, as animals such as sea stars, fish, worms, and jellyfish produce it as well. The fact that Humboldt squids produce bioluminescence to communicate is fascinating on so many levels.

How Deep Sea Fish See In The Dark (2)