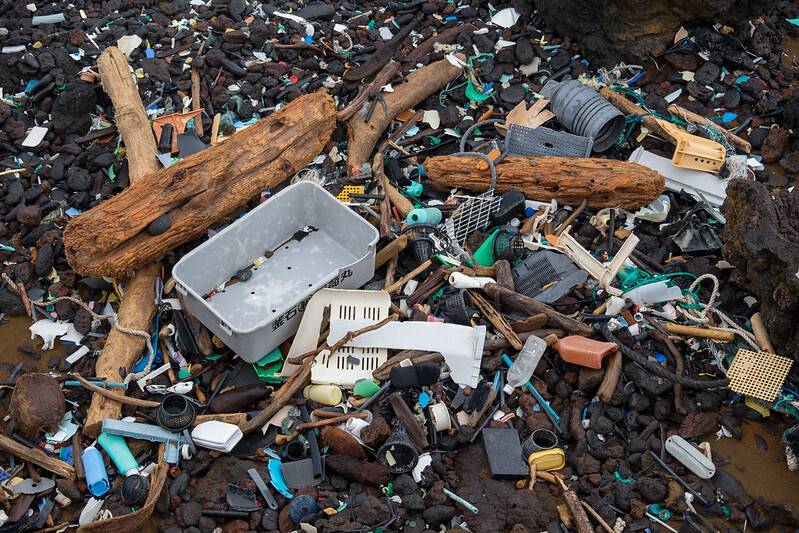 Have you heard of a large floating body of trash, twice the size of the U.S state of Texas?

With over 79,000 tons of plastic debris, the Great Pacific Garbage Patch is the world’s largest known accumulation of marine trash.

Yet, the Patch is far from the barren plastic island you might imagine it to be. In fact, scientists have recently discovered close to 40 marine species, ranging from anemones to mollusks, marine bugs, and crustaceans on the Patch's surface.

What's more, these species have been actively reproducing, with multiple generations living together in communities!

The Great Pacific Garbage Patch is an island of trash in the middle of the Pacific Ocean. It does contain visible debris like nets, buoys, and even fishing vessels. Many of these were washed out to sea in the aftermath of the devastating 2011 tsunami in Japan.

However, much of the Patch consists of minuscule plastic pieces, created when winds and ocean currents break up the large plastics into microplastics. These accumulate in gyres, or rotating ocean currents, that pick up the pieces.

To get plastic samples, the scientists teamed up with the Ocean Voyages Institute, a California-based organization that removes debris from the oceans. In their study, the scientists sifted through garbage like fishing gear, plastic bottles, and toothbrushes. They found that a staggering 90% of the species were coastal in origin, a result that initially shocked them.

How were coastal species thriving so far out to sea? 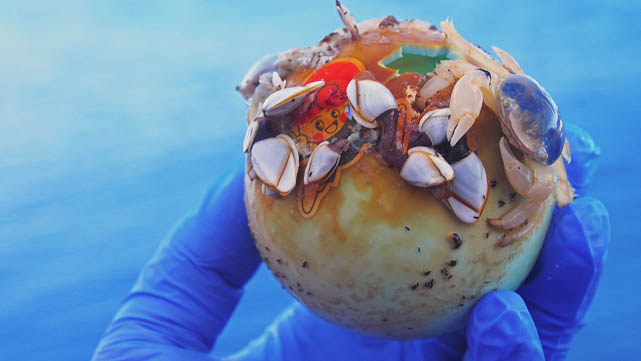 Open oceans had been long considered an obstacle that prevented species from migrating to far-off places. The study’s findings suggest this may no longer be the case.

The scientists speculate that these animals may have hitched a ride on plastic debris, 13 million tons of which is dumped into the world’s oceans every year. Similar migrations have been observed on “rafts” like driftwood and seaweed.

While wooden rafts can carry species over enormous distances, they ultimately degrade over time. Plastic, however, is often non-biodegradable. This allows coastal species to travel much further distances, and start permanent habitats in locations as remote and desolate as the Great Pacific Garbage Patch.

Scientists are concerned that these plastic habitats may facilitate the transport of species to other coastal regions. This increases the risk of introducing invasive species to vulnerable ecosystems, such as national parks and protected areas.

While scientists hope to conduct more research, for now, as more plastic enters the world’s oceans, it is clear that such trends will only continue.